Technology as an aid to mid-major fans

Share All sharing options for: Technology as an aid to mid-major fans

Part of being a fan of 'mid major' programs is the weekly ritual of running down your favorite teams game on television. Buffalo fans still located in Western New York have is easier than teams in 'owned' markets like NIU or EMU.

But for Bulls fans located outside of the Buffalo-Niagara region catching a UB game on TV used to be nearly impossible. Even now it's still not an easy task. Often I drop a dime for a game only to have the audio fall out of sync or the image quality go bad at just the right time.

Slowly, but surely, technology is starting to break down the obstacles that TV ratings throw up in the way of schools outside of the power conferences. Samsung's recent "Enhance your experience" campaign on SBNation has brought the influence of technology to the front of peoples minds and that brought me to thinking about how technology has impacted the way I follow UB. 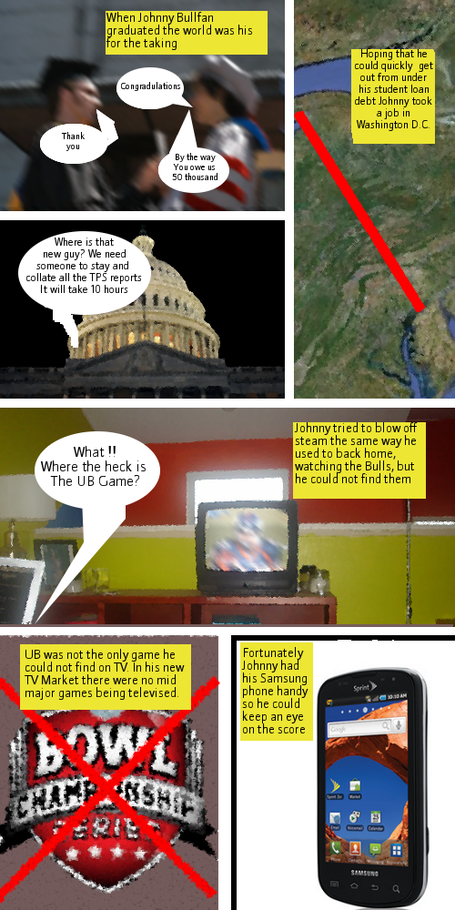