Share All sharing options for: 54 days to kickoff: Skylar Hartley

Outlook: Hartley is another redshirt freshman on the OL but in spring he did not play on the first two units. His performance this summer will likely determine if he spends time on the 2nd unit of the offensive line, or the scout team.

The 2012 Buffalo Bulls went 4-8. The story of the season is the happy ending, with Joe Licata getting a chance and leading the Bulls to 3 wins in their final 4 games after a 1-7 start. The real story of 2012 was a team that lost 6 games by a total of 63 points. 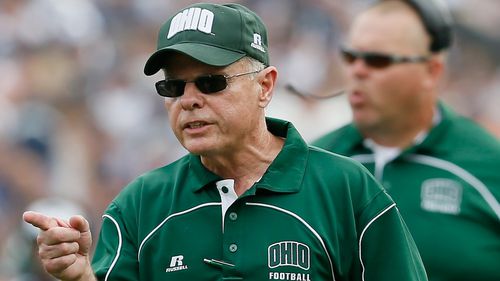 Trick Plays are the Treat, Special Teams the Trick.

Three of those games, against Toledo, Connecticut and Ohio were lost by a combined 19 points. With wins in those three games, UB would have finished the season 7-5, and with an 8-4 finish the next season, it would have been the best two seasons in UB's history.

Against UConn, UB's biggest lead was 7-3, against Toledo, it was 14-7. Against Ohio however, UB scored on their first two drives to open up a 14-0 lead. Although the Bulls didn't get much time to enjoy it. The kickoff after UB's score was returned 100-yards for a TD, sparking 24 straight points by the Bobcats.

Despite great efforts, UB couldn't come back from their 24-14 deficit. Alex Neutz caught 4 balls for 77 yards and a TD. Devin Campbell ran 30 times for 160 yards and a TD. Alex Zordich was at his dual threat best, completing 52% of his passes for 97 yards and a TD pass while running 19 times for 110 yards. Khalil Mack blocked a punt that led to a UB field goal, and Najja Johnson nabbed an interception which set up UB's 2nd score.