UB falls to Canisius 1-0 despite a late flurry to end a scoreless weekend.

The second road match in three days ended this evening with a familiar and unwelcome result for the UB Men's Soccer team: a shutout at the hands of a local rival. Today, it was Canisius who invited the Bulls onto their home turf, only to shut them out and claim victory on the strength of a first-half goal from Asani Samuel. 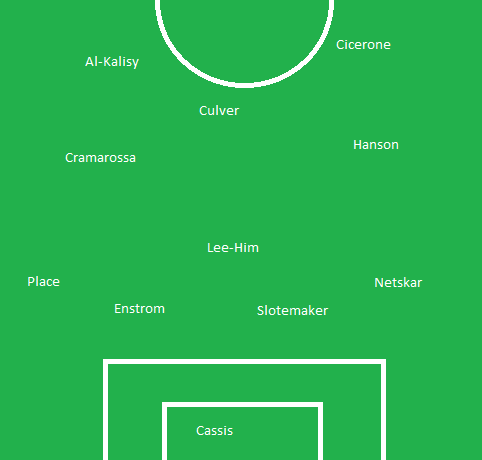 UB started out with familiar names in much of the lineup, as Stu Riddle has clearly found a back four that he trusts to work together and continues to work for the best combination among the midfielders and forwards to generate scoring chances.

Unfortunately for UB, I don't think any combination could have helped them against the physical attacking pressure that Canisius brought to Demske Field this evening. Austin Place notched the first shot on goal for Buffalo in the first minute thanks to a well-placed Russell Cicerone cross, but quickly succumbed to a solid twenty minutes of pressure from the Golden Griffins.

I wasn't able to watch the team's games in San Diego with too much scrutiny a few weekends back, but I believe that Canisius was by far the most physical opponent UB has seen so far this season. It was evident early in the first half that Canisius matched up very well with the Bulls: a swarming, high energy midfield capitalized on UB's rushed and clumsy touches, and the Griffins' physicality effectively turned 50/50 balls into something more like 75/25, which completely negated UB's go-to, if ineffective, offensive strategy of trying to bomb airballs over the opposing defense and to the waiting feet of Cicerone and Abdulla Al-Kalisy.

And for twenty minutes, Canisius controlled the game. They didn't get many shots on target, but not for lack of possession. It was only when UB was able to clean up their touches and keep the ball on the ground that they were able to counter their opponent's physicality and string some passes together. Around the 25th minute, Marcus Hanson and Al-Kalisy switched sides, and Buffalo was able to make some inroads and earn a few free kicks. I wouldn't say they controlled the run of play, but things were certainly far less lopsided than in the opening stretch. Canisius was committing more fouls instead of winning loose balls outright, and UB was successfully building up the right side.

Just as it looked like the Bulls had found their footing and I started to think they could get to halftime tied at zero, Canisius' sub Asani Samuel capitalized on a cross and put the Griffins on top. I didn't see the buildup to this goal, because I was composing a tweet singing the praises of Buffalo keeper Waleed Cassis, who moments earlier had dove to his right to stop a great Canisius chance, but a number of folks around me (and Louie Spina, the UB admin in charge of Men's Soccer communications,) thought it should have been nullified on the offsides. Anyway, any momentum UB had built was totally gone, and the half ended much as it started.

The beginning of the second half was pretty even, but it never really felt like anything was going to happen. UB's success hinges entirely on its midfield play. We saw it last weekend against Bucknell, and we saw it today - Buffalo really struggles to build possession through passing and instead is frequently trying to sky the ball up to its forwards. You'll hear people much more well-versed in the game than I say that the less the ball is in the air, the better the soccer. Other than Marcus Hanson, UB doesn't really have the size in their forwards to corrall those moonshots, which hang long enough for the defense to get set and neutralize the threat.

The last 25 minutes were by far UB's best in the match. In the 68th Cicerone drew a yellow card and a free kick *just* outside of the box. Instead of curling it in for a possible header or volley, he tapped it over to the front of the box, where it was unfortunately whiffed on by one of his teammates.

UB would continue to get a high-quality chance every few minutes. Nicolai Berry in particular had a couple shots go just wide. A more noticeable and aggravating part of this stretch of the game, however, was the increased chippiness among the two teams. Canisius was by far the more physical of the two and as UB upped their pressure committed more and more sloppy challenges that were blown for fouls. UB was also whistled for their share, but for reasons that didn't do much but upset the crowd, it was all really inconsistent and unclear. I'm not sure what was up. 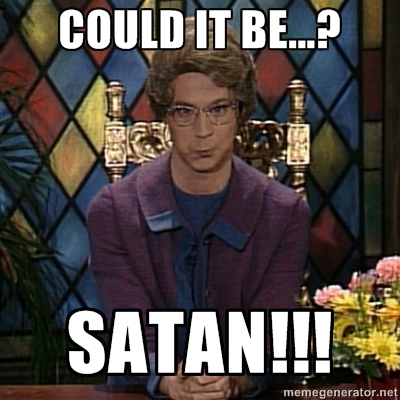 Well, probably not. But I feel more than comfortable saying that the official lost control of this game, which had a negative effect on a tense final 20 minutes that were the highest-quality soccer of the match. Whether it was disputes on the sidelines, inconsistency on what was a foul, or even fouls seemingly awarded to the wrong team, no one was really happy with the ref. With under three minutes to play, Canisius' Samuel, unhappy with a foul call, picked up the ball and threw it away to delay the game. Other than the ref stopping the clock, Canisius was not penalized at all. All told, Canisius earned three yellow cards - one for an off-ball foul than could have been a red - and UB's Daniel Cramarossa was also booked.

Ultimately, UB was able to get better and better pressure as time went on in the final 20 minutes, but could never get one across the line. Cicerone in particular was robbed of a goal on a diving header, and he and Nicolai Berry connected for a number of dangerous chances in the box. If UB has 10 more minutes, I think they would have scored, but if they had been the same team in the first 60 that they showed in the final 30, it would have been a wildly different game.

UB will next play on Friday at UB Stadium, when they'll host Detroit at 7 PM. Go Bulls!