It was the defining moment of the blackout, or at least it should have been. UB learning from the mistakes in Waco, were going to shoot it out with the Baylor Bears. Down 7-0, the Bulls had already slowed Baylor's offense more than they ever did last year, and it was time to call the play. Marcus McGill streaking alone down the sideline, just as UB planned, and then a drop. For many fans it was a heartbreaking, game-changing drop. For long-time UB fans, it was deja vu. A big game, a great play, and a hugh drop.

The year was 2011. The scene Heinz Field. With the score Pitt 7, UB 0, Ed Young dropped a wide open touchdown pass, and UB settled for a field goal. The four sacrificed points loomed large, as the Bulls found themselves down 12, 28-16 late in the 4th quarter. UB went for two earlier which was also dropped by Young, but you'd imagine had Young caught the first TD, the score would have been 28-21.

On 4th and 5, UB needed a score, they needed a play this was the play: 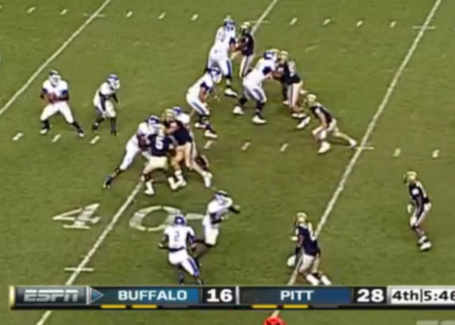 In a brilliant play call, Quinn catches Pitt's defense cheating again, they read WR Screen. Ed Young sets up to block for Marcus Rivers who is turned back to receive the screen pass... 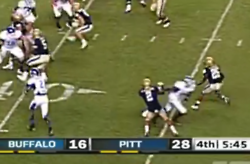 Both Pitt defenders race up to stop the screen...(remember that there is only 1 deep safety...the other safety is 10 yards back at the snap and covering Young) As the safety runs 5 yards up to stop Rivers, Young releases from his fake block and sprints past the corner and the safety. 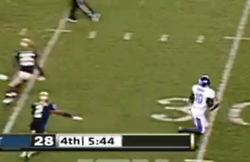 Chazz sold the screen perfectly with his eyes, and now launches the pass down-field. The closest defenders start to chase, but are a solid 5 yards behind a sprinting Ed Young. 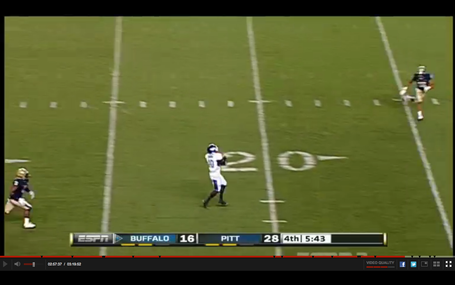 As the ball arrives Young has about 7 yards in all directions and one man to beat for a Touchdown. Note Young's head is up...his eyes seem to be on the safety before he secured the catch. 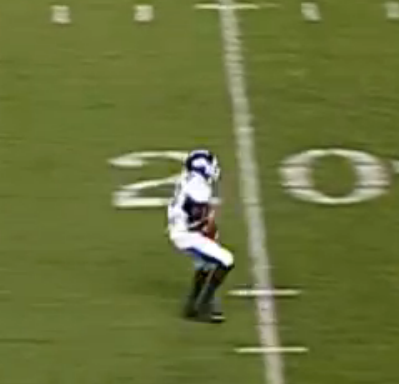 His head is still up as the ball gets through his hands and into his legs. 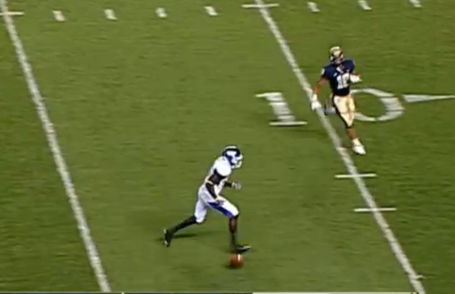 This was the same play UB ran for Marcus McGill against Baylor and I don't think UB has ever run it successfully. We should probably never run it again. I think it was probably spawned via a deal with the devil. Quinn and Wood asked for the perfect play, the catch, we'll never be able to execute it.