Phil Steele is a great writer out of Orlando, Fl but has the pulse of the MAC.  This year Phil has tapped seven Bulls with two making first team.

On the offensive side of the ball, Offensive Guard Andre Davis is the only player to make the first team. Davis last year was a third team Preseason All-Mac team.  Also on the offensive side of the ball Joe Licata was a second team selection behind QB Matt Johnson from Bowling Green.  A little surprising considering Licata's year last year.  Offensive Guard Jake Silas was selected for the third team.

On the Defensive side of the ball as well as special team only one make it to the first team.  Kick return specialist Devin Campbell who hopes to be a much bigger part of the offense this year garners first team All-Mac as kick returner.  Second team selections on the defensive side of the ball defensive back's Adam Redden and Cortney Lester.  Buffalo looks to have a strong core in the secondary.  Defensive Lineman Kristijan Sokoli names to fourth team. 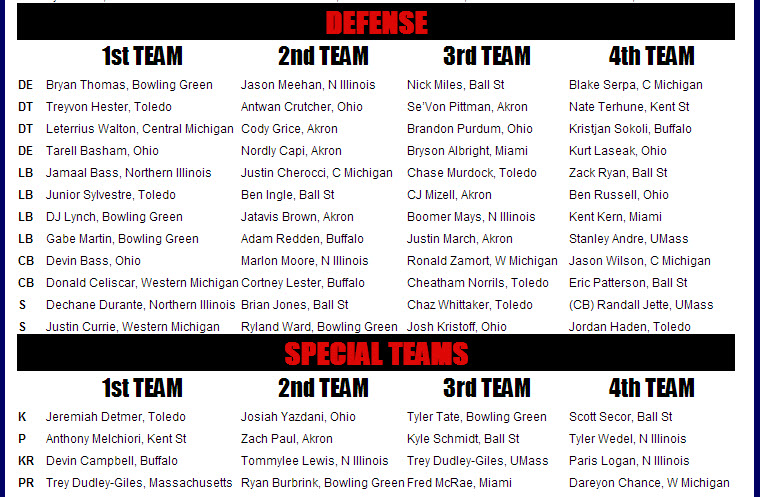