The last match-up of the Tasty Eight. Getting ready for the Eat More Four

Buffalo and WNY has some amazing places to eat.  At Bull Run you will decide the best place!  Thirty two teams entered and we are down to the Tasty Eight.  Bocce Club Pizza, Ciavetta's, and Lloyd punched their ticket to the Eat More Four.  The last remaining match-up is Dick & Jenny's vs. Ted's. 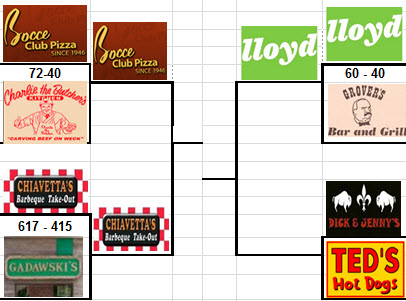 Dick & Jenny's vs. Ted's Hot Dogs - How did they get here

Both restaurants have very loyal fans who have supported them in MunchMadness with a great vote turnout.

I have told you twice how much my family likes to eat here.  Here is a recent review from Yelp! 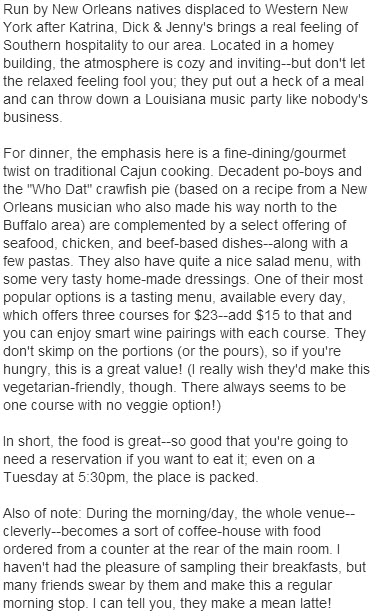 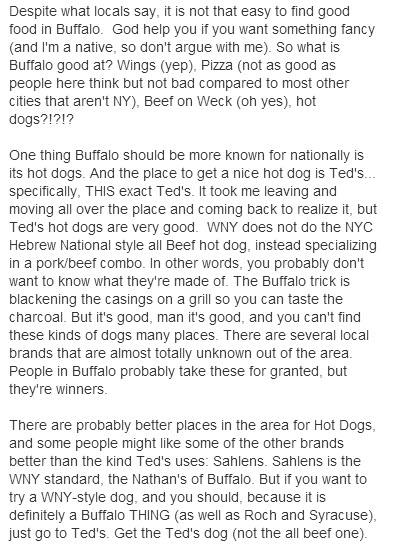