Now we have two very similar establishments. The difference maybe the location.

Share All sharing options for: Much Madness - Gadawski's vs. Mullberry's

Buffalo and WNY has some amazing places to eat. Bull Run and you will decide the best place! So far we have big wins by Bocce Club Pizza (Anchor Bar) Brennan's (Trattoria Aroma) Cantina Loco (Tempo) Charlie the Butcher (Salvatore's) Chiavetta's (Red Pepper) and last round winner Duff's (Oliver's)

Some interesting matchups already in the first round (Charlie vs Salvatore's.) This round matches up two very similar establishments. Both restaurants located in the heart of a neighborhood that has seen much better days and with an ethnic flair. I am sure that many of you have never heard of Gadawski's and that is a shame. Next time you go to the Casino, stop at Gadawski's.

Copied from:http://www.forgottenbuffalo.com/classictavernstravels.htmlWhen entering a tavern named Gadawski’s, one would not expect to see a décor based on shamrocks and leprechauns. Located at 1445 Falls St. in Niagara Falls, Gadawski’s is a virtual shrine to the Norte Dame "Fighting Irish." Owner Eddie Gadawski prides himself on having traveled to every ND home game in South Bend for the last 40 years. In addition to everything Notre Dame, Gadawski’s walls are covered with pictures of Niagara Falls sports legends and pictures of Eddie with almost every famous athlete who has ever passed through the Power City.Open for lunch and fish fry’s on Friday, Gadawski’s is the only place in Western New York where the pierogies, golombki and Polish sausage from the kitchen is as fresh as the Guinness being poured behind the bar. I highly recommend the Polish Platter and the homemade macaroni and cheese.The bar is located in eye-sight of the Seneca Niagara Casino in a historically Polish neighborhood.

Keep in mind these two items next time you go to Gadawski's. The hours are not 'regular' and they only takes cash! You know a place is good staying open with hours of Tue - Thu: 11:00 am - 2:00 pm and Fri: 11:00 am - 9:30 pm. Full disclosure, I am half Polish (just the good side) and I love pierogies and a great fish fry. This place is like heaven to me. The menu is more than Polish food but they make it so fresh and it's amazing. You will spend most of your first visit just looking at all the Notre Dame memorabilia and pictures of the famous patrons over the last 50 years (I believe that even the Rat Pack has eaten here!) 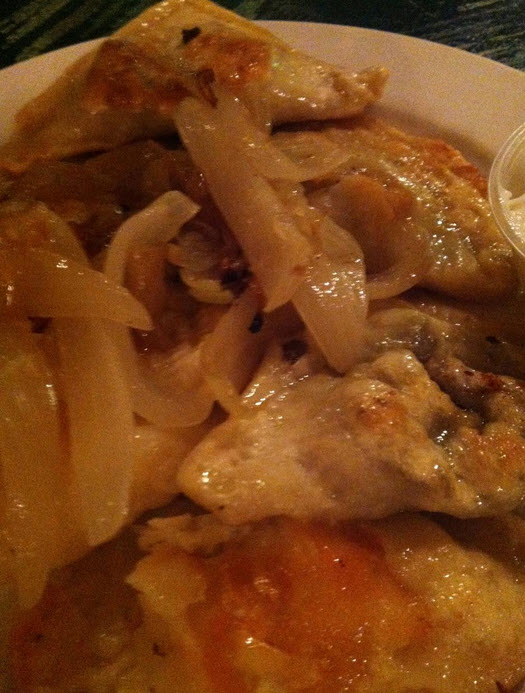 Mulberry Italian Ristorante is also located in a part of town that had better days. Located in Lackawanna a stone throw from Bethlehem Plants. Great to see a new successful restaurant thrive. I took my family and parents for my Mom's birthday and first of all I could not believe where my GPS was taking me. Then I could believe how packed the restaurant was (yes it was a Friday but not during lent) and then I could not believe the size of the meat balls. Mulberry's was featured on one of my favorite shows, Diners, Drive-In's, and Dives. (Anyone think that show is successful despite of Guy! Man that dude takes himself way to serious and he drives me crazy) 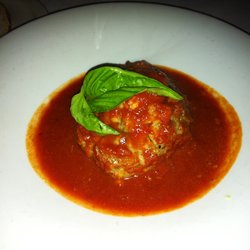 Good luck to both locations and this is a tough match up. Sorry that only one does not move forward. Good eating! I have to run, this has made me extremely hungry.