Danny white does not treat softly and thinks big. What does it mean for UB Football.

During the first year of Danny White's tenure one thing about his personality has become abundantly clear. Director White is seldom happy with the status quo. About the only conservative move white made in year one was extending UB Football Coach Jeff Quinn. 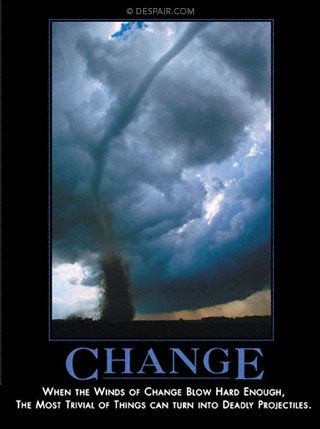 Then again extending a coach with just six FBS wins in three years is not exactly the "the safe" move. Is it?

If you were to bring up radical changes at UB everyone's mind would first go to the recent events surrounding the basketball program. While all of that was going on UB has made a few bold moves around the football program which are not higly visible to the public, yet.

Phase one of the UB stadium upgrades was revealed, and tickets are being sold even though they will not be done until 2014 or 2015.

UB announced a "Black Out Game" against Bowling Green to be played at Ralph Wilson Stadium the day after thanksgiving. This has the feeling of a pretty regular event, perhaps semiannual as the MAC tries to only give teams the black friday game every other year.

The Buffalo News printed a rumor that UB is looking at rebranding the department in some manner. No details but the word is the Bulls want to put the emphasis on "New York".

Any one of these things alone would make for an interesting few weeks. All three coming out together at the same time means either White has found the course which will finally make UB a force in the MAC or that he is doing his best Zap Brannigan impersonation (bonus points if you know what I'm talking about show and episode..)

Needless to say each of these moves has drawn both harsh criticism and praise depending on who's doing the speaking.

The money for the field house is going to come from, in part, the sales of tickets for the "East Club" and the club is going to be funded in part by a new donation component to seasons tickets.

The first concern was the treatment of long time season ticket holders. These are the same fans who have had tickets ten or more years for a team that's had just one winning season since moving up to the MAC. They are, quite literally, the base of fans that you have to build from.

For years these fans have staked out the same corner of the lot, tailgated as well as any Buffalonian (including home brewed beers which I expect to sample the next time I get up to Buffalo in the fall). Over the years these fans have forged a core of people who will not abandon this team no matter how bad a season goes.

Last season they were moved from their regular lot which was painful. This year they get a letter about fund raising which led some to believe that unless they donated 100$ or so to UB athletics, on top of their season ticket purchase.

Good news! The 100$ donation is in fact needed but it comes with a 90$ reduction in season ticket prices. White is trying make the entry point for season tickets cheaper, while offering incentives for a higher commitment level. It's a very e-business like model of "giving away the base" but offering bonus features for a price.

The net change for returning ticket holders who want to reserve their good seats and park in the same lots will be a 10$ boost.

The club seats themselves are being sold as a donation to UB athletics on the order of 850 to 1200 dollars a year with a commitment to buy them for ten years. That money is on top of the purchase of a ticket.

So far, from what I have read, a couple of hundred have already been picked up. Overall there will be about 1600 club seats so the potential revenue for UB, if White sells them out would be about 1.6 million in extra revenue per year.

The second bit of news is the Black Friday game.

Anyone who thinks the stands will look good on TV is fooling themselves. There are weeks where the Bills have trouble selling out the Ralph! For the Bulls to hit 50% capacity would be a miracle and UB's highest attended home game ever. Even 25% would be an amazing showing for black Friday. Last years black Friday game with UB and Bowling Green at Columbus drew about twelve thousand.

This is part of White's goal to set an all time UB season attendance record this season. The target is 110,000 or about 18.5 thousand people per game.

That being said, there is no downside to having this game at the Ralph. I like a nice full stadium as much as the next guy but with the students off campus UB has their choice between two low attendance games. One on UB's campus and the other at an NFL stadium. Playing a game at the Ralph will be a nice send off for UB's seniors.

If by some chance UB is battling for a bowl slot there is a chance this game could catch on locally.

Finally there is the dust up over the alleged re branding. While no details are up on this there is already some folks taking pot shots at what might just be a trial balloon. The fear is that someone will try to take the Buffalo out of UB. The problem is that the University stopped being just Buffalo's school when they joined SUNY 50 years ago.

Now the most common source region of UB students is the New York metropolitan area, followed closely by Western New York. The Schools name itself probably won't be changing, UB will stay UB but college teams play with their teams name all the time to make the teams more marketable.

If there is one thing the Buffalo News is good at it's getting a non issue in their sights and beating the hell out of it to sell print. The Buffalo News is half the reason the Buffalo Bills are no playing football downtown and Buffalo residents should never forgive them for that. They get their teeth into someone and just keep shaking it until either it goes away or they get bored and move on to something else.

So the risk here is that the news will make this their rag doll of the season. That's a kind of publicity the University does not deserve and it could do some damage to the perception of the athletics departments efforts to make their way into the heart of Buffalo fans.

Insulating UB a bit from this risk is the fact that they have made huge investments in the downtown medical campus, bringing jobs and development into Buffalo itself. The University's recent push to be a major factor as a revitalizing force in Buffalo has bought a lot of good will with local politicians, and about three years of great press.

The upside, if White can pull it off, would be to better identify UB as "New York States" public institution. In our day and age an entertainment brand can do a lot to sell a school and UB is the largest school in the state system, it's also the only school in the system at the FBS level. Nobody Calls Tennessee "Knoxville" or UT Knoxville, even though there are some good schools in that state system.

One month three big changes. If Danny White can swing them than the sea change in year one would be substantial enough to eliminate any lingering doubts people might have had about his hire.