Share All sharing options for: GameThread for Ohio Bobcats at Buffalo Bulls

If any one team has had UB's number over the years it's Ohio. If Coach Witherspoon wanted to run a highlight reel to get Buffalo players to stop thinking about Akron and start focusing on the Bobcats there is a ton of MAC tournament footage to use.

That being said I don't think focus will be an issue. After the big win against Akron someone asked Javon McCrea how it felt. McCrea simply answered "It' s only Akron".

Good attitude and it's one that the whole team needs to carry into tonight's contest if they hope to beat the bobcats. Ohio is an excellent team that matched up very well with the Bulls, hence the drubbing UB suffered at their hands earlier this season.

But this is a different Buffalo team. the Bulls have developed a better outside shooting presence and finally seem to have filled the whole left by Jarod Oldham. As a whole they are better handling the ball far better now than they were when the season started. In fact if you put aside the bracket buster fiasco the team has been stingy since they lost to Eastern Michigan 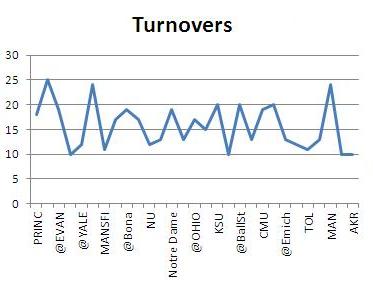 The problem is DJ Cooper. Not only is he a sharp shooter on the offensive side but he is very good at staling the ball. UB will need to stay under 15 turnovers for a good shot at winning this game, something Cooper will make very difficult.

On the defensive side Will Regan's emergence against Akron as a shot blocker needs a return show. There is not a lot you can do to stop Ohio on the outside but when they do miss Buffalo needs to stop any second chances. Regan on the inside can help McCrea stay out of foul trouble.

If Buffalo should win they are well positioned for a potential bye but will still need help from EMU, Kent, and Bowling Green.