Share All sharing options for: Reggie Fired: Thoughts and the Smoking Gun 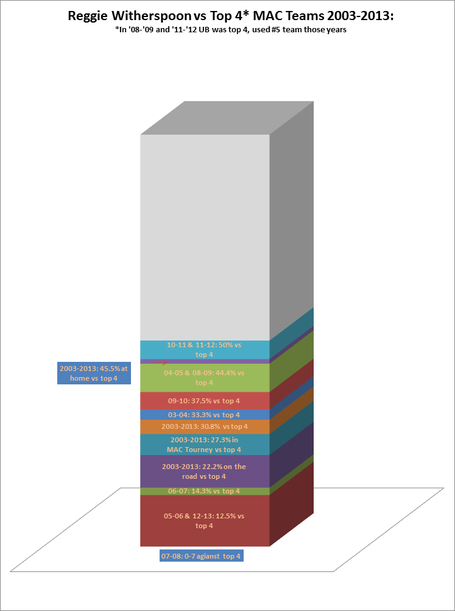 Reggie was an important part of UB in many ways.

Thirdly, he was a fine example for Black men in Buffalo, where disparity between the city and the primarily white suburbs has to be one of the worst examples of disparity in the country. In 2006, Buffalo had a Black AD, Black Football Coach and Black Basketball Coach. It shouldn't mean much, but speaking solely for myself, it meant a lot. Read my rant on Black students in the NCAA and you'll see why.

The move today, especially coupled with the extension for Jeff Quinn has robbed me of my innocence in a way. I supported one more year for Quinn, I'm an optimist...I supported Reggie, and I trusted AD White. The only thing keeping me from being really upset is the performance of his first Basketball hire Coach Legette-Jack. AD White knows Basketball, and if he thinks he can get someone better, he's welcome to 1-800-prove-it, (I'd make a run at Kevin O'Neil, a NY native I was fortunate enough to meet for a bit at USC and really enjoyed) but I feel it will be even harder to find a new Reggie, than it has been to find a new Turner Gill.

Of course we all want to take the next step. The chart shows Reggie's performance against top 4 teams over the final 10 years of his career at Buffalo. It was not great. If you wanted Reggie gone, that chart is your smoking gun.

Coach Reggie Witherspoon is out at Buffalo