Bull Run will provide you travel information on the Bowl Games we hope UB gets invited to.  The fourth Bowl Game is the Little Caesars Pizza Bowl.

The Little Caesars Pizza Bowl (known as the Motor City Bowl until 2009) is a post-season college football bowl game certified by the NCAA that has been played annually since 1997. The first five games (1997–2001) were played at the Pontiac Silverdome in Pontiac, Michigan. Starting in 2002, the game was moved to 65,000-seat Ford Field in downtown Detroit, Michigan. Ford Field is home to the NFL's Detroit Lions, and played host to Super Bowl XL.

The Little Caesars Pizza Bowl features a bowl-eligible team from the Mid-American Conference (usually the winner of the MAC Championship Game, although that team is not required to accept the bid; prior to the formation of the bowl the MAC champion earned an automatic bid to the Las Vegas Bowl) playing a bowl-eligible team from the Big Ten Conference. If the Big Ten does not have an eligible team, the game will feature a team from the Sun Belt that meets the NCAA requirement of at least six wins. In the event that the Sun Belt does not have an available team, an at-large team can be chosen.

The early prediction is high of 31 and a low of 27.  But who cares, the game is indoors.  Did you hear that Buffalo.  A cold climate city with an NFL team that plays the game indoors.  The stadium also encompasses a Hudson facade to bring the history of Detroit.  The Ford modeling Company, which at one time offered a knee modelling contract to our very own BC Bull, paid $40 Million for the naming rights.  Did you hear that Ralph?

How to get to Detroit?

Flying. Delta flight 6070 has you leaving Buffalo at 11:50 and arriving in Detroit at 1:03 the day of the game on the 26th. The cost for the ticket is $415. I also have  you leaving on Saturday morning.  You will need Friday to rest and shake off the hang over before you head home.  And hey, if the Bulls win you can overturn cars and burn things and the city will actually thank you.  Just eat plenty of Hungarian pancakes and goulash.

Driving. From Stadium to Stadium the distance is 279 miles and that will take you 4 hours and 22 minutes per Google Maps.  If you have been on the ON-402 and been under 80 watch out for old ladies flipping your the bird.  My guess as long as the borders are OK you should beat that time.  I have made it to Detroit in under four hours from Grand Island.   Drive your own car and the gas will be $56.   If you are driving, make your passengers pony up.

Where to stay in Detroit? 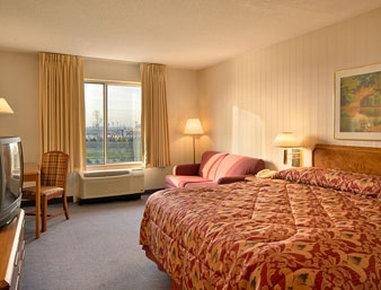 What the guest are saying:

I was charged the wrong rate and the clerk did not know how to fix it. I never got my wake up call. Wallpaper was peeling from the walls. Toilet ran all night. Outside security door would not close or lock. Hotel room door lock did not line up and you had to fiddle with it to make it work every time. Did not feel safe at all!

Decent room at an excellent rate. Free parking, breakfast, and internet included. Were in Detroit for college football game and hotel situated short 25 min drive from Ann Arbor. There is a gas station across the street and a Bob Evans to eat at within walking distance. Would stay here again if in Area.

The Road Warrior. The Double Tree Suites Detroit Downtown.  $109 per night. (do not use Ice Machine!) 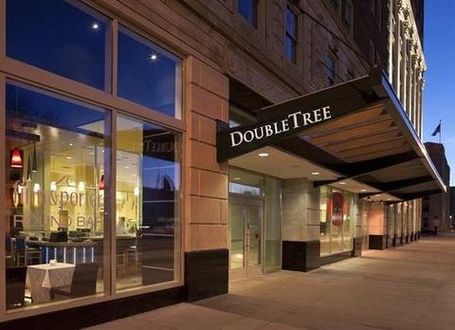 I have stayed at this hotel.  Older hotel but they have used two rooms to make suites.  If you have never stayed at a Double Tree make sure you ask for a cookie every time you are anywhere near the lobby!

What the guests are saying:

Two room Queen Suite was very nice and the staff very friendly. Would definitely stay again. The Valet charge is a little high at $23 per day IMO. However, if your in Detroit for a game or event like I was, then your going to be paying for parking anyhow so the valet then becomes a better value.

Do not waste your time or money with this hotel! A completely frustrating and disappointing experience. The hotel staff apparently consider the use of ice and vending machines as noise disturbances. I do not recommend using these machines at this hotel because the staff will kick you out of the hotel due to the noise the machines make. Perhaps they should consider lining the machines with pillows in order to reduce the noise from when my pop can dispenses. I will never book with this hotel location or chain ever again. Completely disappointed. 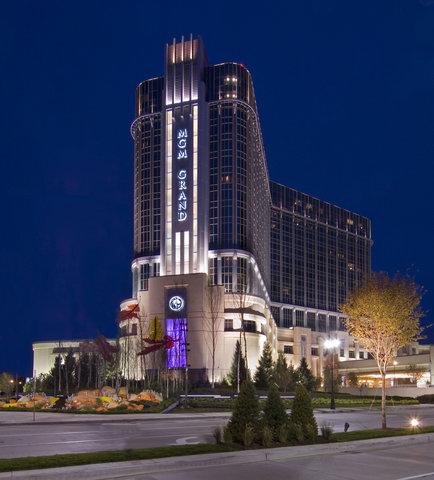 What the guests are saying:

Front desk staff was professional,courteous,and efficient. Upon departure,my flight arrangements were completed for me (boarding pass, luggage check, and seating). Rooms are clean with plush bedding. Huge shower for two people. Enjoyed the aromatic smell upon entering lobby. I would recommend this hotel.  Only downside is I had enough money to start a field house but I lost it on the craps table.

We spent the night here to celebrate my friend’s birthday. From the moment we stepped inside, it was amazing. The staff was very friendly and accommodating. We had a great time. The beds were super comfy, and we even got a free late checkout. Can't wait to go back again soon!

Where to eat in Detroit?

It will not be a Shalen vs. Wardynski's but you have to pit the dogs at American Coney Island vs. The Lafayette - Coney Island.  Two hot dog joints right next to each other.  Just do not get shanked walking between the two.  Plus you can tell your date that you are just stuffing two dogs down your gullet as research. 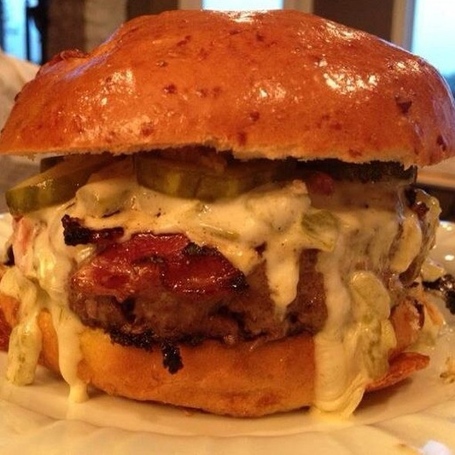 Polish Village Cafe. I love my pierogies but nothing is going to help a hangover or line your stomach to limit a hangover than the Hungarian pancakes with goulash.  It is also fat free.

Where to go out in Detroit?

Centre Street Lounge downtown would be a great place for a UB meet up.  Located in downtown Detroit's Harmonie Park District, this award-winning venue offers everything from casual dining and drinks to a dance floor with lively music and VIP parties.

What to do in Detroit?

OK, Detroit does have an amazing art gallery, the Detroit Institute of Arts but  you will not go there.  You will not go for a picturesque walk on Belle Island as you will get shanked and freeze your buns off.   What you will do is go to the only great thing that came out of Detroit.  That is go visit the Motown Historical Museum.  I was raised on Motown and my favorite is Marvin Gaye.  My man!   Click here to see where the magic happened!

Bowl Projections for the Buffalo Bulls