The Sugar Bowl for the National Championship

The Nation: Canada. The Championship: The Traveling Canadian Champion of College Football.

Share All sharing options for: The Sugar Bowl for the National Championship

When I think of Oklahoma I think of Boomer and Sooner "stampeding" down the field recklessly towing the Sooner Schooner. I think of crimson and cream. Calgary sports the red and white, and are recognized by the iconic SMU running bronco helmets. Both teams are considered a primary rival by one team, (Oklahoma State, British Columbia) while having a separate more intense rivalry (Texas, Edmonton). 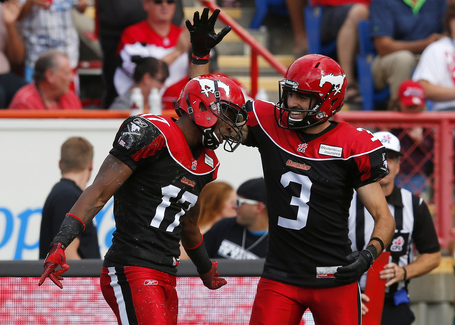 Buffalo may be able to bring the Canadian Championship back where it belongs, but it won't be easy, it will require some major upsets now that the Championship rests with the elites of college football.