A sneak peak at the new Bull Run

Share All sharing options for: A sneak peak at the new Bull Run

Well you've already seen Bull Run's new face, now its time to get a quick peak at the rest of the changes. You see SBNation united was more than a site layout it is a conceptual change in how the sites are managed and how they will relate to each other. 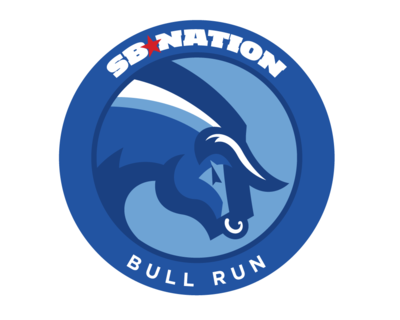 The work is in the very late beta phase and most of it's hush hush stuff but here are the things we can tell you. I've borrowed very heavily from Buffalo Rumblings here so lets all be good citizens and check out their site. 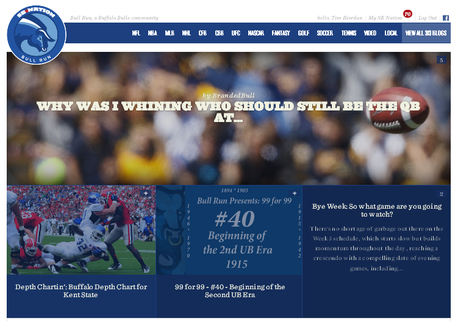 This is one of a half dozen or so different cover layouts available to managers. Depending on what's going on. The story placement is also a managed feature that will no long just put the most recent content at the top.

I have been getting our feet wet with the new platform for about a week now. I know that change can be scary, but if Buffal fans can weather the past couple of seasons adjusting to the new look and feel of Bull Run should be cake... mmmm cake!