The Calm before the Storm: Bull Run Musings

Share All sharing options for: The Calm before the Storm: Bull Run Musings

Buffalo head coach Jeff Quinn has been a heart breaker. Every year he seems to muster one respectable loss to an AQ team and a throttling of some FCS cupcake. We go into conference play with a hopeful feeling that things will go well.

Then the floor falls out from under us.

Dang you Quinn, you did it to me again! You've gagged my inner skeptic and took me into conference play with a belief that this team really can compete with anyone in the conference. Buffalo has their weaknesses but none of those blemishes diminish the Bulls enough to lose this game.

We have a relentless punishing ground game. I'd not trade Branden Oliver for any other back in the conference. There are more explosive ball carriers but Oliver is the best. Rather than rely on big runs that eat little clock and do nothing to wear down a defense the Bulls will pound the ball 30-40 times a game and take their four or five yards per carry.

Oliver will break a couple but the thing you have to love about him is 4 yards, a cloud of dust, and a small pile up of Kent State defenders picking themselves up. This is a great test for Oliver, despite their early struggles Kent has a very good front seven.

Before a defense knows what hit them they've been pushed around the field and are tired. Best of all for the first time in his tenure Quinn has an Offensive line deep enough to wear down defenses without beating themselves up.

In Alex Neutz we have a star receiver who has great hands, good speed, and a tenacious attitude when it comes to contested catches. We also finally seem to have a quarterback that is going to get him the ball. Alex Zordich does not have the wheels that Chazz Anderson showed off last season but he is showing a great football IQ and a soft accurate, dare I say Drew Willy like, touch on his passes.

We have big play defensive studs in the front seven. They are doing everything right to become a take away machine, it's just a matter of time. Colby Way, Khalil Mack, and Steven Means lead a front seven that might as well pay rent in our opponents backfield. 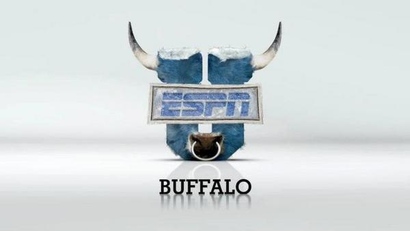 Maybe the Bulls are back! via cdn2.sbnation.com

We have a Kicker! Patrick Clarke is the first kicker in a long time who can be trusted with long kicks in difficult conditions.

Sure I am worried about out defensive backfield, our inability to stop the run, our special teams, and our lack of depth at receiver.

Any one of those things, in a vacuum can sink UB. But if Oliver and company are firing on all Cylinders and Mack and the defense makes the right big plays maybe, finally, the Bulls are Back!