The Army is led by the 1949-1950 "Touchdown Twins" of Quarterback Tracy Latona and Receiver Edmond "Doc G" Gicewicz. Aside from Tight End Jessie Rack (2009) and current UB kicker Patrick Clarke the Army is entirely composed of players from the Classical Era of UB football.

This weeks captain for "Offy's Army" is Ray Weser

This week I unveil my diamond in the ruff. A player so overlooked during the draft that even I thought he was a just placeholder when I picked him up in the seventh round. Turns out my guy was not only a respectable back, but one of the best in UB history.

The Player is UB fullback / tailback Raymond Weser of the 1949 and 1950 Bulls. Like all the players from that era getting solid stats, even from UB, is difficult. The department does a great job cobbling together what it can but truth be known anything before 1960 is spotty at best.

So I thought I was picking a flex back with one solid season, and it was a dang fine season at that. According to the UB record book Weser ran for 597 yards on 84 carries. That's an amazing 7.1 yards per carry which is ahead of every other back in the books. He also notched 6 touchdowns. Oh yea he did that in just nine games.

On that alone he would have been a spectacular choice. Weser stepped in for the injured Howard Haderer midway through the 1949 season and never looked back. Weser showed the 1949 world what "beast mode" looked like.

But, given the level of competition I face in my opponents backfield I decided to really dig around for his 1950 numbers. While keeping individual stats was not a high priority for most athletics departments in the 1950's fraternities took it very seriously and Weser was a Charter member of New York's Phi Kappa Psi. In November 1950 the organization put together it's Gravy Bowl Team. Weser was their second team half back.

"The reserve backfield would indeed be a coach's dream. These boys, kept on the bench by virtue of a spectacular first team, are really worthy of merit. Ra,v Weser, great Buffalo runner, sparked his eleven to a successful season, collecting 963 yards on the ground that netted 7 touchdowns." - Phi Kappa Psi

He was a 6'1" 200 pound monster who stacked up 1560 yards in two seasons (17 games). Bumps him just over Willie Evans for 6th all time. His 13 running touchdowns ties him for 9th all time with Branden Oliver.

Oh yea he also played offense and defense, as well as running track.

Offy's Army posses the best passing game in the league, a pic crazy defense, and one of the best backs ever to take the field for Buffalo.

The Dazzler's are led by the modern running duo of Branden Oliver 2010 for Ike Nduka. His receivers are Brett Hamlin and Drew Haddadd who will be joined by Tight End Chris Behan. His Kicker is AJ Principie

The only pre modern skill player on the roster is Joe Kubisty, who led the Bulls in 1956. For his defense 2010 reaches all the way back to 1898.

The Dazzler's are featuring the 1898 defense this week

I used to think that being a player/coach would be cool but maybe not good overall for the team. Of course, Except for the greatest player/coach in modern history, Reg Dunlap. Don’t believe me, see for yourself!

Then think about a football team not having a coach at all. You heard my key strokes. No coach. I am not taking about not having a Defensive Coordinator coach; I am talking no coach at all. That is what the greatest defense in UB history achieved on its own. YES GREATEST! 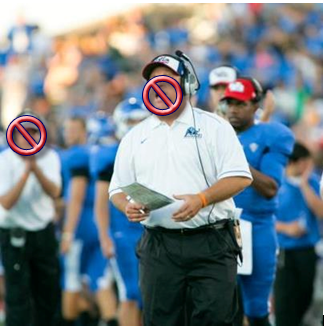 UB stumbled out of the blocks against Cornell but finished the season with four straight impressive wins.

I wanted to include the scores because games were no single digit scores for each time in this era. Points were a’ plenty. And these teams beat greats like Penn State, Columbia, and etc. This was real deal football. This was what the SEC today patterned itself after. Really, Wikipedia it! It has to be true.

On a serious note, this defense was good and was rated one of the best in the country. It was the last time UB will ever be the top D in the country. This was a great age for UB football. UB was undefeated the year before and now a powerhouse in a very early age of College Football. If only UB would have stayed on track and used the success these teams had. Hell, we could be in the Big East right now! Honor the legacy of the greatest run of UB football. If you put your face really close to your monitor you can hear these ladies cheer, Carpe Diem boys. Carpe Diem!