Share All sharing options for: Welcome Director White: Here is your inbox! 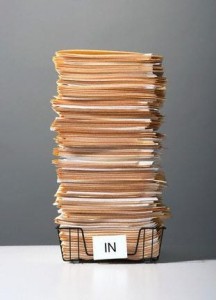 Take a look at that pile of resumes on your desk.

In addition to all the administrative staff you're going to be vetting you need to hire three coaches, quickly.

Rowing: Buffalo's rowing program is easily the most successful in the schools recent history. They won the Colonial Athletic Association championship two years ago and they just made their first appearance at the national championships.

The Bulls lightweight four just finished 3rd in the nation.

Head coach Rudy Wieler recently announced that he will retire, completing an 11-year reign over a program he helped build from its infancy. You have two candidates on staff in Elizabeth Ostermeier-Denecke and Aileen McNamara.

Ladies Hoops has most definitely not been one of the better programs at the university. The Bulls, despite some serious talent, have never been anything other than a door mat for the conference.

After 22 years as head coach of the University at Buffalo men's soccer team John Astudillo has announced he will retire. Under Astudillo, Buffalo's soccer team has been respectable in the conference, and in the MAC that really means something.

With West Virginia coming into the MAC and already having a power like Akron this could be your most challenging hire.