April 27, 2008 - Trevor Scott and Jamey Richard are drafted; the first time multiple Bulls were selected in one year.

Late on day two of the draft, Buffalo flashed across the screen for the first time in 8 years. In the 6th round, Trevor Scott was selected by the Oakland Raiders 193rd overall.

Ending Buffalo's draft drought at 8 years made the day important, but a few minutes later, the day became historic. When the Colts drafted Jamey Richard in the 7th round 236th overall, it marked the first time in UB history that two players were selected in the same NFL draft.

Draft day in the 2000's were usually quiet for the Bulls. Although returned to FBS football, the Bulls had yet to seriously compete with FBS level competition. Until 2007 when the Bulls went 5-7, matching the win total of the previous 3 years combined. Leading the charge on offense was Jamey Richard, a leader who at center helped develop young talents like Quarterback Drew Willy and Running Back James Starks. The surprise was Trevor Scott, who after 2 years at Tight End, moved to Defense End under Turner Gill and found his niche, recording 19 sacks in 2 seasons. 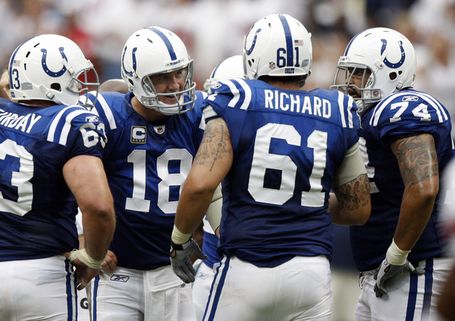 Scott exploded on the scene with 12 sacks in his first 2 years at Oakland, but only recorded 1.5 sacks in his final two years as he fought injuries and decreased playing time. In 2012, Scott signed with the New England Patriots.