Busted Brackets: How NIU and Central put us all in our place

Share All sharing options for: Busted Brackets: How NIU and Central put us all in our place 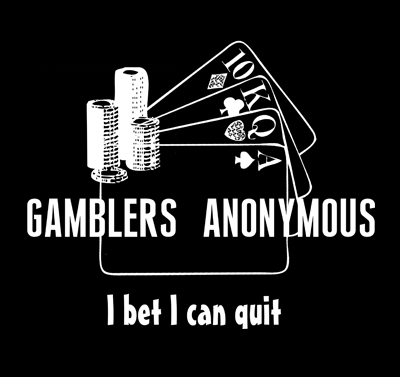 Cry havoc and dogs of war!

NIU busted up everybody even though this was probably their most winnable scenario. They played EMU to the wire twice this season and beating someone three times in a year is a tall order.

Looking back on it this is something we should have seen coming. NIU has been steadly getting ever so better and the Magic of EMU's zone seems to have been figured out by the other teams from the west. That, and lights out perimeter shooting helped the Huskies hold off EMU and keep the West Champions, and their consolation prize, from getting to the Q.

Bowling Green though? I don't get that one. Except to say that the falcons coughed up a hair ball that should embarass the entire eastern division. Sure I could see Toledo as a team who would beat the Falcons (thankfully I had them losing that game so that side of my bracket is relatively in tact).

The Falcons came oh so close to taking the game to overtime but could not stop the Chips in the waning moments.

The other games went pretty much as expected, yet managed to trip some people up.

Here are the Scores:

And here are the brackets 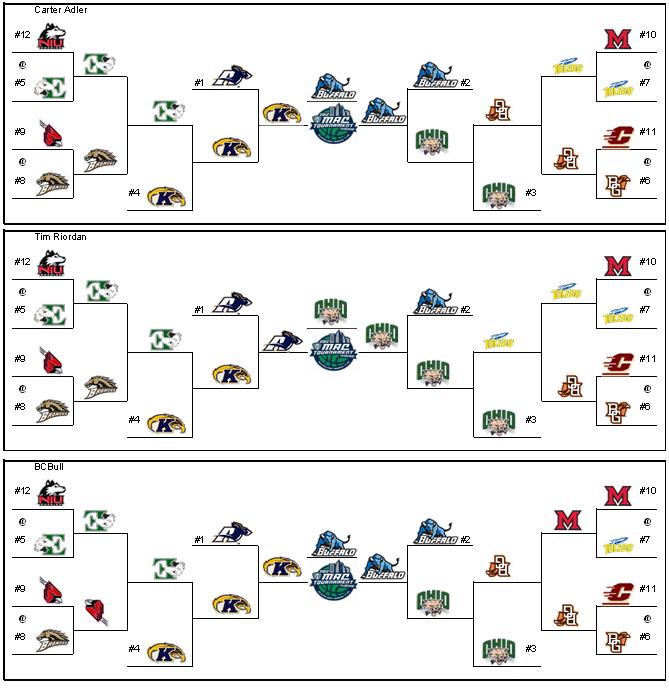 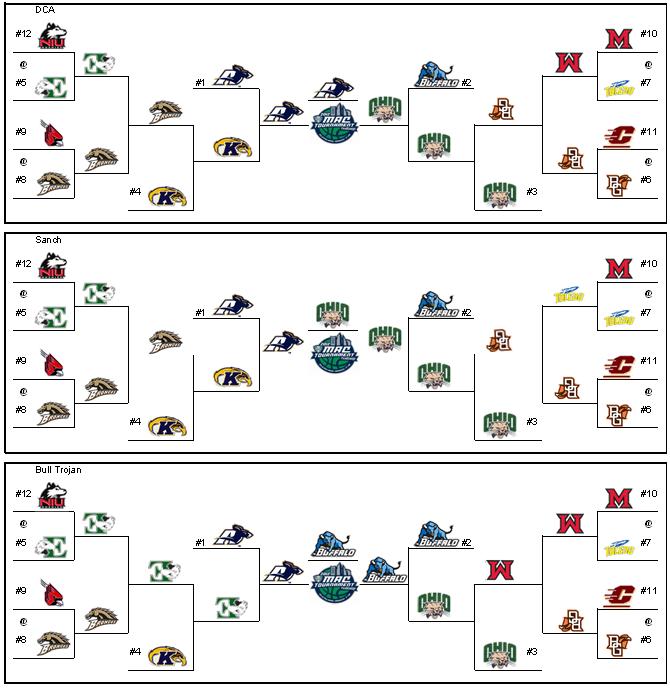 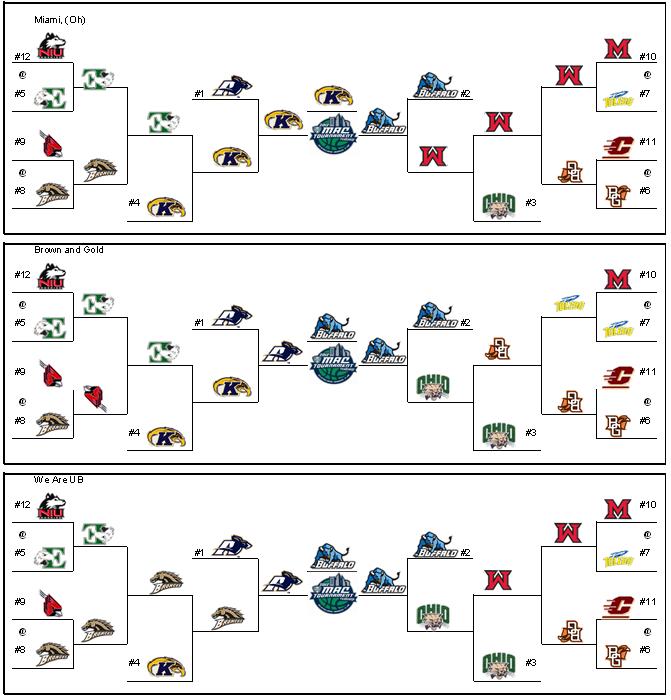