Talking Bull: WVU's cart is planted firmly in front of the horse

Share All sharing options for: Talking Bull: WVU's cart is planted firmly in front of the horse 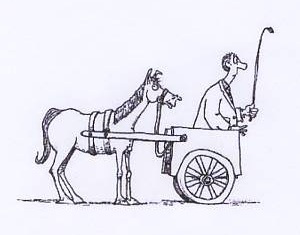 This move is going to cost WVU even more!

A complicated one: the West Virginia Mountaineers are attempting to leave for the Big 12 immediately, instead of waiting until the Big East is ready to let them go. This has led to multiple legal torts and retorts and zzzzzzzzzzzzzzzzzzz, but the Big 12 is confident enough the 'Eers will break free that WVU is listed on the schedule the conference provided to TV partners (but not to the public yet).

Combine this with the fact WVU is already making schedule adjustments for a 9 game BigXII schedule by dropping a game and you have the makings of an epic face plant.

ACC Moving To Nine Conference Games Per Year - From Our Editors - SBNation.com
In addition to nine games, Syracuse joins the Atlantic (the one with Florida State), Pitt joins the Coastal (the one with Virginia Tech), and Pittsburgh touches absolutely no coastline whatsoever. Cuse and Pitt will of course become annual protected rivals.

This has some potential impact on Buffalo as UB has a home and home scheduled with Boston College and has had a nice series going with Pitt. Syracuse has always been a non starter because of their insistence on 2-1 or 301 deals.

Victor E. Bull: The man, the myth, the mascott

Victor E. Bull: Behind the Mascot - Sports - The Spectrum - University at Buffalo
Victor E. Bull is one of the most recognizable faces on Buffalo's campus. At each meet, game, and event, you can be assured that the big blue mascot will be on the sidelines, dancing and showing school pride. But few people know what it takes, mentally and physically, to enter Victor's world.

The MAC West Performs The 6 Types Of Losses - Hustle Belt
Buffalo won at Toledo 72-65, and the Rockets can take two positives away from this: they helped raise money for cancer by the entire coaching staff wearing bow ties; they also held a comfy nine-point lead at halftime and ticking that up to 13 in the second half. But Javon McCrea and Titus Robinson each netted 12 points in the second frame after being held to a combined zero points, gradually grinding that lead into powder then running away with the game in the final minutes. Jarod Oldham helped out with six points, six assists and nine rebounds.