The Kid is Alright: The Case for Jarod Oldham

Share All sharing options for: The Kid is Alright: The Case for Jarod Oldham 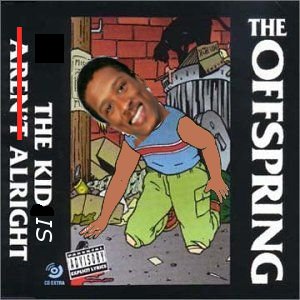 Ok it's time to don the asbestos underwear and make the case for Jarod Oldham.

Oldham, who has caught some flack for what many see as his failure to make an impact as a point guard this season.

But before I make the case for Oldham I feel the need to repeat the case against him. Here are what his detractors are saying.

Despite playing nearly thirty minutes a game he is averaging just gour points and less than two field goals. On top of that Oldham has a shooting percentage precariously close to the Mendoza Line.

His free throw shooting is ok but he is turning the ball over nearly three times per contest. In fact twice this season he has had at least as many turnovers than points and two other times he score just one more point than the number of times he coughed up the ball.

The intangible criticism that fans have is that Oldham looks like he is in over his head.

It's like watching a Quarterback who just cant keep up with the game. By the time he notices a receiver coming open it's too late because the defense has noticed it as well. He needs to see the play before it happens.

There are some real mitigating factors to consider when you try to use his stats, or his occasional mental lapse, on the court.

What do you want from a point guard:

Several years ago before I started to follow basketball intently I would have looked and these numbers and wondered what the heck a player like this was doing on the floor? Consider what all the other starters are doing. Often times point guards are compared to Quarterbacks, or linebackers but the position does not translate well to anything in football.

A point guard is the most specialized role of any position in basketball. Like a Quarterback he is expected to run the his team's offense and get it gets to the right players at the right time. Unlike the Quarterback there is little glory in piling up good 'passes' in basketball. You don't get points when you get the ball down low for two.

Fortunately, if you are going to have a guy that just can't score PG is probably the best place to have him.

But reading a defense is not something a lot of sophomore point guards can do instinctively.

Speaking of which when was the last time Witherspoon had to hand the team to a Sophomore? I'm not inclined to go look it up but Mulkey was a senior and before him we had a team full of seniors so I am guessing, at best, it was 2007.

Oldham is eleventh in the nation in assist per game and he is top 20 in assist to turnover ratio. Those are key stats from the guy whose job it is to make all the other players look good. The only other player in the conference putting up numbers like that is Randy Davis from Ball State who is Randy Davis one of 59 candidates for the 2012 Bob Cousy Collegiate Point Guard of the Year Award.

Oldham is having an 'alright' season perhaps a bit better than that when you consider he is still an underclassman. He is one of several promising, talented, young players who will hopefully continue to develop in the next couple of years.