2011 By Position: What happened and what's next? Offensive Line

Share All sharing options for: 2011 By Position: What happened and what's next? Offensive Line 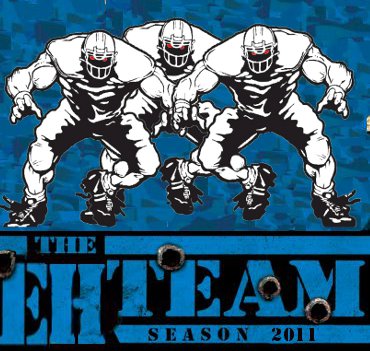 In 2010 the offensive line had the benefit of low expectations.

Between changing the offense, and working the line to slim down, Buffalo lost several players before his season started and a few others during the coarse of the year.

It was so bad at one point that UB could not even fill out a full depth chart for the line and converted defensive lineman was backing up two sports.

So UB fans spent 2010 watching the line get pushed around. As a team they could not run, and the passing game could generously be called inconsistent.

After the season Peter Bittner, one of the best linemen Buffalo has had during its modern era, graduated.

In short there was a lot of reason to think that the line, who were now being told to bulk up, rather than get more athletic, would struggle as much in 2011 as they had the year before.

Instead the unit, despite some spring injuries, helped crank out a record setting year for Sophomore tailback Branden Oliver. The Bulls still struggled to throw the ball but for the first time in the Jeff Quinn Era the offense gave fans something exciting to watch and defenses something to worry about.

Matt Ostrowski: The 6-6 senior from Natrona Heights overcame the odds when he stepped onto the field this season.

After playing every game of the 2009 season Oswtrowski was supposed to be key in holding together an already thin offensive line. His injury against UCF, a coupound fracture of the lower leg, ended his season. Some thought it would end his career. But Matt fought back are reclaimed his spot as an anchor on the line.

Josh lost entire senior year was lost to injuries. Coming into the season he had played in 20 straight games going back to 2009. But unlike 2010 there were others ready to fill the gaps left by an injured veteran.

The Depth chart going into this spring will, if injuries are no issue, look remarkably like the ones we saw late last year (to the left). The only hole is at left tackle where Ostrowski leaves a spot open.

Fortunately for the Bulls Pat Wilson should be ready to step in. Wilson played at Left Tackle in 2009 but was kept off the depth charts last season by injuries.

With the addition of Wilson along with the returning linemen UB has a full set of experienced players on their two deep for the first time under head coach Jeff Quinn.

There should not be a whole lot of drama unfolding. Barbe and Wilson will probably battle it out for the left tackle and I'm sure some of the second team players will push for more time, if not for the first team spot itself.

The only major Question mark is Jeff Veinotte who is reportedly suffering from blood clots. I've seen nothing official from UB Athletics on his status but the injuries were bad enough to cause his Canadian fan base to speculate that his career might be over.

The odds of a true freshman breaking through during the summer are pretty thin. Most times they are going up against players who have gotten bigger through training, have had more time to learn the system, and are used to the speed of college football.

But UB does have a guy or two who could make a little noise this summer.

The first is Robert Riche. Most services have Richie around the 100th best lineman in this years field of recruits, according to some services he is our highest rated verbal of the year. Scouts have indicated that he may have some work to do as a run blocker but even those who point out that he 'needs work' is also seem him as a solid enough pass blocker to be considered the 25th best recruit in Michigan.

The other player who may make a move this year is Corey Madlock. Madlock was the first player to verbal to UB this season and despite a transfer from Canisius to Cleveland Hill he still manged to make second team all Western New York.

Madlock had been drawing some interest from Syracuse and Bowling Green but Buffalo was the first school to offer.

While Madlock, and more likely Riche, stand the best chance of making the depth charts this year Quinn has secured some developmental prospects that could pay dividends in the future.

Jaden Cotton, a 6-foot-5, 295-pound offensive tackle from Depew. Cotton joins John Kling who is coming to UB this summer from the same Depew High School program. Cotton, along with Madlock, McGill (WR), and Johnson (ATH), are a sign of Coach Quinn's commitment to get as much out of upstate new york as he can manage.

There are some other players that are rumored to have given a verbal but so far, according to the services, these are the linemen that will come in this summer.

While the quarterback position is still up in the air there is a pretty good shot that the line will hold up it end. If Branden Oliver was able to smash records this season putting him behind a more experienced line should help take some pressure off the passing game.

The major concern for the line right now is pass blocking. Neither Alex Zordich or Joe Licata are particularly mobile. While Zordich can run a bit UB does not have a quarterback that will really challenge defenses on the ground. Any success will be due solely to the pass blocking, and the reads made by the Quarterback.

If the pass blocking is not a step up from last season look for defenses to stack the box in order to nullify Oliver and the running game.