Talking Bull: Is there Temple Hatred in the MAC?

Share All sharing options for: Talking Bull: Is there Temple Hatred in the MAC? 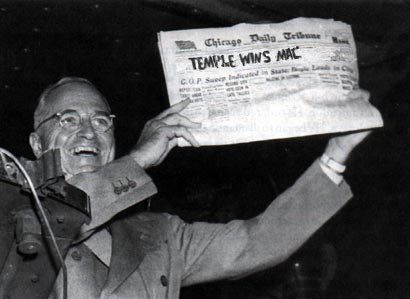 Rejecting The Idea Of Temple's 'MAC Haters' - Hustle Belt
Temple Football Forever proprietor Mike Gibson didn't see this as a close game, feeling that all along this was going to be a TU blowout. And it was. His reaction to showboat his prediction was to not only gloat about it, but brand everybody else who didn't predict a blowout as a hater.

Gibson calls out all the blogs who were wrong about the Owls and Villinova. He sites, I think, my prediction but is classy enough to leave my name out of it.

Well you can't call out the conference for hating without the one blogger who does the whole conference responding. Matt Sussman examines 'Temple Hatred"

And speaking of MAC hate!

Hansen: Iowa State will be flat broke if TV cash disappears | The Des Moines Register | DesMoinesRegister.com
The MAC, as we know it, is probably on its last legs. The Mountain West is in better shape but receives only $1.3 million per team in TV money. Insiders whisper about the league moving closer to an automatic BCS bowl bid, but it's no sure thing.

At least Gibson knows the MAC. The DeMoines Register just declared the MAC is 'on its last legs"

Oliver built for workhorse role - UB Football - The Buffalo News
Quinn vowed to do more straight-ahead running this year to take better advantage of what Oliver has to offer. He amassed 114 yards against the Panthers, becoming the first UB back to reach 100 yards in a game since Brandon Thermilus in November of 2009.

Bulls Take on Upset-Hungry Sea Wolves in Home Opener - Sports - The Spectrum - University at Buffalo
Maysonet and Jackolski present a paramount challenge for Buffalo. The Bulls struggled mightily with Pittsburgh running back Ray Graham, who totaled 209 yards and three touchdowns.

Scouting Stony Brook - Sports - The Spectrum - University at Buffalo
Stony Brook doesn't look like an impressive team on paper, but its near-victory over UTEP suggests otherwise. Senior quarterback Chazz Anderson impressed last weekend with his 32-for-49, 276-yard performance. If he can get the Bulls' offense going early and minimize mistakes, Buffalo will find itself in the win column.