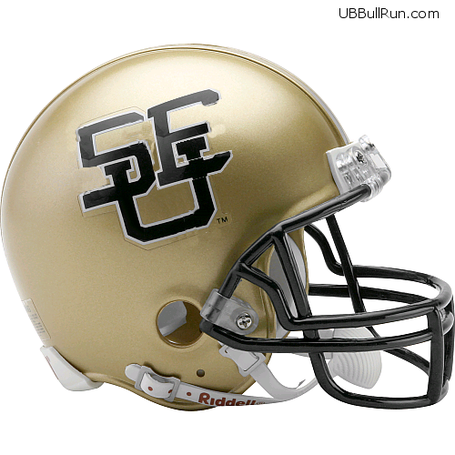 The Big 12 gets a little more wacky each day. To think that they are making of the WAC melt down of 2010 look like a well organized affair.

Apparently, at the eleventh hour, Baylor refused to sign a document saying they would not take legal action against aTm or the SEC if their TV contract was hurt by the move.

I don't really understand what Baylor is hoping to accomplish. Not only will this, at most, only delay the Aggies departure it has to make other conference members worry about what Baylor might do to their future plan.

Worse yet it has to make the Bears look practically radioactive to any prospective conferences should the Big 12 not survive.

Berry Tramel may have summed it up best:

Big 12 football: Baylor ultimatum could backfire | Berry Tramel's Blog
If A&M is forced to stay in the league, and it continues at 10 teams, what kind of environment would ensue? It would be a pirate ship of a conference. A virtual prison, with every school sleeping with one eye open, because it trusts no one. Do you think OU, much less A&M, wants to be in a league with Baylor after Wednesday?

Naaman is staying with the Bill, practice squad:

When Roosevelt went down with an ankle injury during the latter part of the pre season it was assumed he would end up on the practice squad. When he was cut, and not placed, it seemed he might have to try and catch on somewhere else. Thankfully the Bills came to their senses.

The only Poll That Matters!

College Football Rankings: BlogPoll Rewards LSU With No. 1 Spot, Fawns Over Baylor - SBNation.com
LSU knocks Alabama out of the Week 2 BlogPoll's No. 1 spot with its big win over Oregon, which drops 11 spots to No. 14. Baylor is the week's biggest mover, though, climbing a record 53 spots to make its debut in the rankings. 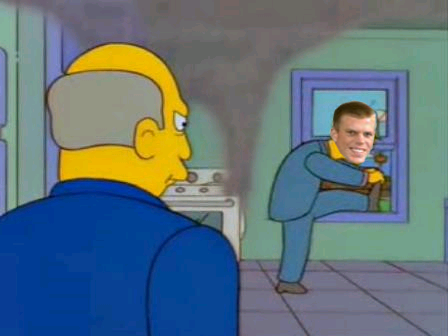 What a game he had against the Panthers. After a long winding road that included a walk on invite and a last minute injury to his teammate Lee Skinner has arrived.

Skinner finds his spot for the Bulls - UB Football - The Buffalo News
Skinner arrived at UB last year as an invited walk-on, as opposed to someone who comes out for the team without any encouragement from the coaching staff. He spent the season getting bigger, stronger, faster, as they like to say at UB. When training camp rolled around this August Skinner had positioned himself for a spot on the depth chart.

Now he will have the pressure of doing that every week. Like the Article points out, Shannon got his first start because of an injury.

Tiedt's Late Goal Keeps Bulls Unbeaten - Buffalo Athletics
A late second half goal by senior Andy Tiedt was the only offense the University at Buffalo needed as the Bulls defeated NJIT, 1-0, in men's soccer action at UB Stadium on Wednesday night. UB remained unbeaten in 2011 with a 3-0-1 record and scored its fifth consecutive win in home openers.