Talking Bull - It all depends Oregon's definition of "suspended"

Share All sharing options for: Talking Bull - It all depends Oregon's definition of "suspended" 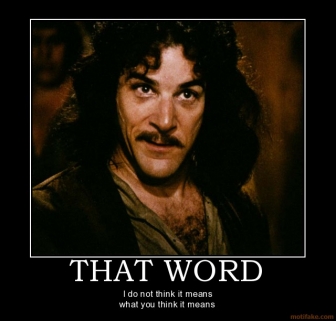 How does a team like Oregon compete at they level they do? Sure the wheelbarrows full of money help but there has to be more to it.

Is it professionalism? is it luck? is it passion?

Maybe it's letting suspended players continue to participate in summer practices while you figure out just how many games they can miss without screwing up your season.

The Dictionary defines suspended as:

Officially prohibit (someone) from holding their usual post or carrying out their usual role for a particular length of time.

So if you suspended a football during the pre season one would assume he would not take part in regular practices with the team. See what happens when one assumes

Cliff Harris Practicing With Oregon, Still Suspended Indefinitely - SBNation.com
Cornerback Cliff Harris (and linebacker Kiko Alonso) are currently practicing with the Oregon Ducks even though they're both suspended, and it's unclear when they'll return.

I'll be mildly surprised if Harris misses the LSU game. I'll be blows away if he is not back by the time the Ducks get to Arizona. I'm sure by then his suspension will have been punishment enough. We will all be told what he endured this August and that one month should be long enough.

That's what Tech Gets for standing up to a Bully:

For anyone not following the bass-akwards existence of the formerly big-12. Texas has its own network backed by ESPN but so far there is not too much interest from providers in picking it up. So ESPN had a great idea! Rather than broadcast the Texas Tech - Texas game on ESPN they would put it on the longhorn network and pay Tech the sum of five million plus some off sports coverage.

Horn-Twisting In The Increasingly Inaccurately-Named Big 12! - From Our Editors - SBNation.com

Speaking of the rich getting richer:

Meanwhile at the summer retreat of Montgomery Burns some NCAA mucky-mucks are trying to game the system a bit so they can pay players without paying them.

NCAA presidents discuss scholarship terms at retreat - ESPN
"We have athletic departments with $5 million total budgets and schools with $145 million total budgets," he said. "Schools have huge variations right now in terms of things they can provide for student-athletes, like training facilities, game-day environment and all of that. So most people think that a change in that basic scholarship structure wouldn't have much of an impact on competitive equity, but it's something we want to watch."

Basically some of the more wealthy school are crying that the one year renewable grants that schools can use are both insufficient and unstable. Apparently they are close to three thousand dollars short of meeting a student athletes needs. I had a couple of thoughts

First is that 3K number is close to what talking heads have bounced around as a faird sum to 'pay' athletes, funny that now they found a way to manipulate the numbers to do it another way.

The second is that people on Academic scholarships (you know Academics, the reason the college is there) encounter the same challenges. If they don't maintain their grades the scholarships go away *and* they usually dont cover a lot of the unaccounted for living cost of college students.

Mack is making news but bay all accounts it's not going to his head:

UB's Mack drawing attention - UB Football - The Buffalo News
Mack has put in the time to get better in the offseason. Working in the weight room, running sprints and doing agility drills have helped him feel different on the field this summer. Add to it more confidence and a better understanding of the game and the 6-foot-3, 241-pound Mack has everything in place to follow up his freshman year.

Just about all hte players stuck around for work this summer

Players worked out on summer vacation - UB Football - The Buffalo News
While training camp officially began Monday, more than 90 players united on campus over the summer to engage in workouts overseen by Zach Duval, the team's strength and conditioning coach, and drills among themselves to develop a keener understanding of technique and play assignments.

The Offense is still digesting some of the new changes this season, this is not what I was hoping to hear in August

Apparently Anderson intend to follow through on Seminary after this season

Anderson gets final chance - UB Football - The Buffalo News
UB coach Marty Spieler, who oversees special teams and tight ends, made Anderson aware the Bulls were open to competition at quarterback after a 2-10 season during which the offense rarely got out of its own way. Anderson, 6-foot-1, 222 pounds, saw the opportunity as a perfect fit after four years as a backup and spot starter at Cincinnati.

Kourtney Brown gets ready for Spain

Kourtney Brown en Route to Spain - Sports - The Spectrum - University at Buffalo
Brown is considered a legend at UB. She is the school's all-time leader in scoring, rebounds and blocked shots. She also broke the MAC record for blocked shots in a career with 260.

More Swimmers going for the Gold: