Who's Talking Bull? The Big East is not too high on Nova's crib..

Share All sharing options for: Who's Talking Bull? The Big East is not too high on Nova's crib.. 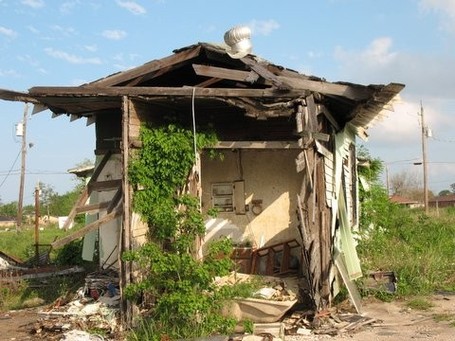 Big East Teams Concerned About Villanova's Soccer Stadium Plans - From Our Editors - SBNation.com
Big East football already has a bit of an inferiority complex. The last thing it needs is to be playing conference games inside a stadium with a capacity only slightly larger than that of the Bucknell Bison.

That seems to be the sticking point for some of the conference's teams on the eve of Villanova's announcement as to whether or not they plan to move their football program to the FBS level and join the Big East. As such, the school has reportedly postponed its vote and announcement in order to figure how to sway those concerned parties.

The MAC Returns A Boatload Of Quarterbacks For 2011 - Hustle Belt
Here's a quick stat to consume if'n you're missing college football. It's, what, more than four months away, but if you have reason to believe the conference will be a little stronger, consider: From 2009 to 2010, five of the six top quarterbacks exited as seniors. This meant that the 13 lining up under center were going to be collectively greener than desired.

Someone Had to Be Last in Home Attendance " Over The Pylon
Yesterday on PhilSteele.com, the college football guru released some actual data about attendance for the previous 2010 season. The (BSU) Cards clocked in at 120 out of 120 in terms of paid asses in the seats, with a surprisingly low 8,947 per game.

Eagle Totem
Given all this, there was only ever one reason not to fire Ramsey: money. Money is tight all around right now, and the university can ill afford to pay two people for the same position, even just for a year. A new head coach will almost certainly want to put their own assistant coaches in place, and buyouts for the current assistant coaches will compound the cost. After thinking it over, it appears that Gragg decided that the cost to EMU in tickets not sold and in reputation damaged would outweigh the one year of salary. I can’t comment on the monetary aspect, but I certainly won’t argue with the decision.

After banner career, UB's Brown hopes for shot at pros - UB Women's Basketball - The Buffalo News
It wasn't until the final part of the regular season that the thought of professional basketball really entered Kourtney Brown's mind. Focused on her University at Buffalo team and on completing her second engineering degree, Brown had never seriously considered continuing her life in basketball.