Who's Talking Bull? Making Lemons out or lemon-aid

Share All sharing options for: Who's Talking Bull? Making Lemons out or lemon-aid 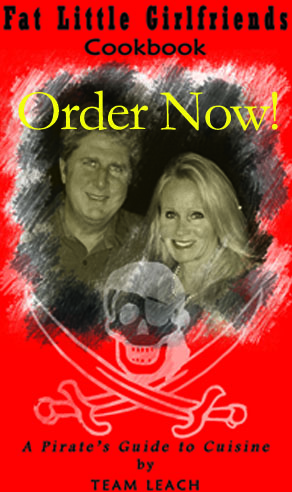 This is real! Not something you should buy for you're significant other unless she has a sense of humor and follows football.

Fat Little Girlfriends Cookbook
It was after a very disappointing loss to Texas A&M in the 2009 season. As a team, it seemed like we were somewhere else instead of where we needed to be that day. So, in a press conference I said that we as a team were listening to "our fat little girlfriends" tell us how good of a football team we were instead of doing what we needed to do to get ready for the game. "Fat little girlfriends" is a metaphor for relaxed, content and complacent comfort which is counter-productive to football.

UB Pro-Day coverage from the spectrum. Some interesting tidbits about the prod day.

A Different Kind of Job Interview - The Spectrum - Sports
The next few months will be crucial for these athletes as they look to make the jump to the next level of the competition. With the NFL draft scheduled for April 28, there is not much time before these athletes will see what colors they will be trading their blue and whites in for.

Supposedly there was a hoops game last night... I don't think the Bulls actually showed up...

Early Deficit Costly As Season Ends In MAC Quarterfinals - Buffalo Athletics
CLEVELAND, OH – The top-seeded Kent State Golden Flashes got out to a 41-25 halftime lead and were able to overcome a furious Buffalo rally in the second half to defeat the Bulls, 73-62, in the quarterfinals of the 2011 FirstEnergy Mid-American Conference Tournament at Quicken Loans Arena on Thursday night. The loss ends Buffalo's season at 18-13.

McCrea's solo act not enough for UB - UB Men's Basketball - The Buffalo News
McCrea, the MAC's Freshman of the Year, had 28 points and 13 rebounds in 28 minutes and the Bulls needed every bit of it to stay close with top-seeded Kent State. The No. 8 Bulls trailed by as many as 16 points and their rally fell short as the Bulls were defeated by the Golden Flashes, 73-62, on Thursday night at Quicken Loans Arena.