Who's Talking Bull? Bo Pelini Less than honest with Recruits?

Share All sharing options for: Who's Talking Bull? Bo Pelini Less than honest with Recruits? 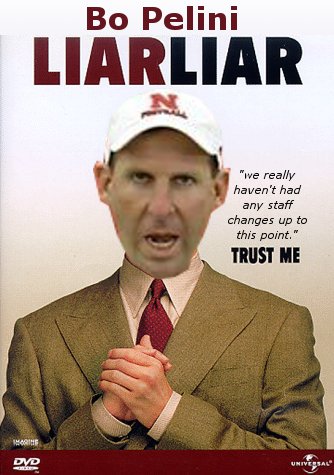 Nebraska Recruit Told Of Position Coach's Departure Via Facebook - From Our Editors - SBNation.com

That was Wednesday. Thursday, Sanders' departure was announced. Charles Jackson, a cornerback signed to Nebraska's 2011 recruiting class, found out via a total stranger on Facebook that Sanders, in fact, wouldn't be his position coach. This went over about as well as you'd think it would:

In what could be considered the most anticipated Mid American Conference game of the weekend, east division co-leader Buffalo hits the road to take on west division leader Ball State. The Bulls are looking to go 4-0 against the west but it will not be an easy task, as the Cardinals boast an evenly balanced offense and a solid defense.

Buffalo, Bowling Green, And The Know-Nothing Augurs - Hustle Belt
They're both 6-2 in the conference, and it's very possible that either team will solidify a long-awaited NCAA Tournament berth. Call it a down year in the MAC, chalk it up to some underachievement or down years in the East, or label it as parity. But it can be difficult to excrete the conventional wisdom that BG and UB are the two worst teams, then digest the fact that they're two of the best.