Share All sharing options for: National Signing day by the Numbers: UB

The ceremony may not be until tomorrow but the fax machines are working overtime at Alumni today. Here is the list that I have and a some breakdown on the numbers:

By Position: Quinn went to the offense line early and often. Nearly a quarter of this years recruits are linemen, most of them 280 and up (if the recruiting services are to be believed). With a line that spent most of the season with six or less working parts this was a huge priority and Quinn seems to have delivered. 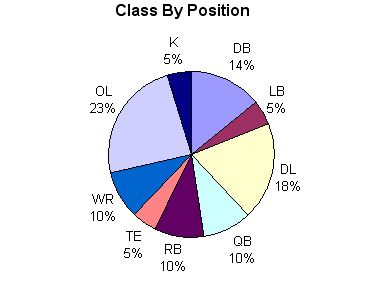 By State: Definatly a bigger load from Ohio than we have seen in years past. While Coach Quinn pulled at least one recruit from the south he seemed more focused on the north east than Gill era classes. It would have been nice to see some action out of Texas. 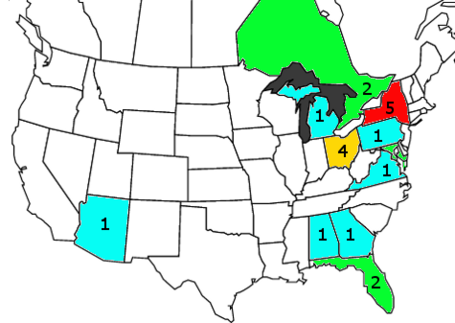