Excuses are like A--H-L-S and the Buffalo News has one! 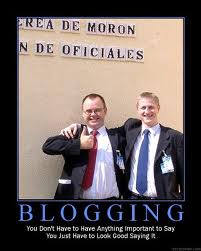 Let me start by saying that on the whole the Buffalo News has gotten better and better in the volume and quality of their UB Covereage. If they were doing this much three years ago I would likely have not even bothered to start Bull Run. This is just me highlighting a disagreement with them on one piece and not any kid of attack on the News or its reporters.

The one huge difference between an editorial site like this and a professional organization like the news, aside from grammar and spelling, is honesty. Right now the Bulls stink! They stick a little less than last year but a whole lot more than they did during the Turner Gill Era. On a site like this the editor (me) and fans (folks like ChiTown, 2010, BCBull, BRJACR, ...) will plain say we stink and there is no good excuse for it.

The news, hampered by professional journalistic standards, tends to be a bit more diplomatic about things. Bob DiCesare is a perfect example. He took over Bulls coverage from Rodney McKissic and so far is doing a pretty fine job but his piece over the weekend is flat out weak.

Talent and tradition lacking at UB - UB Football - The Buffalo News
It would be easy and even convenient to look at the Jeff Quinn era and label his hiring a mistake.

Yes, Bob, it would be. I'll not be so bold as to say it was not the best looking hire, after all I was on the 'Hail Quinn" bandwagon when he arrived. Sometimes you make the wise hire and it turns out badly.

University at Buffalo football is 4-17 since Quinn's arrival, with two of those wins over lower Football Championship Subdivision teams. Once again, the Bulls rank at or near the bottom in a slew of meaningful statistical categories. Their performances fluctuate with maddening inconsistency, with solid starts ceding to sorry finishes, and sorry starts nearly erased by the occasional frantic flurry.

Lets not forget to mention that their two FCS wins are by a total of five points, one of which was a couple feet wide right of being a loss (Bowling Green 2010).

But does the fault rest with Quinn and the coaching staff? Or does UB's ongoing mediocrity (and sub-mediocrity) speak to the continued difficulties in getting this program on its feet? Remember, UB has produced one winning record since entering the MAC in 1999 -- the title season of '08.

Yes and was one or two plays away from a winning record in 09. In the last two years of Turner Gills time at UB the team won 13 games.

This is where he really goes into 'poor Coach' mode

Quinn -- and his assistants -- have a history of success. It would be absurd to suggest they lack the knowledge and ability to put a winning team on the field.

Parrish is an amazing offensive mind and a solid developer of talent. Heck he even did well at the FCS as a head coach but in Division one ball he is a flop. Just eight wins against 39 losses as the head coah at Ball State and Kansas State. You can be a great worker bee and a terrible leader.

Now I am not saying that Quinn is a terrible leader, only his players and assistants can answer that, but it is fair to point out that his resume as an assistant coach has no bearing whatsoever on his merits as a head coach.

But they're up against what all coaches have been up against in UB's modern Division I era -- the challenge of recruiting talented players to an area with a bad-weather rap that can't begin to touch the football tradition of most schools within its conference. It's not an easy sell, and it's made all the more difficult by New York State's relative scarcity of Division I recruits.

No School in the MAC is known for it's weather, that does not stop CMU from loading up every season, or Ball State from poaching some guys. If there is one thing that Quinn seems to be good at its recruiting, Ill give him that on paper his classes are as good, if not better than Turner Gill's.

Quinn takes advantage of the fact that despite the 'depth' of New Yorks athletics pool there are only three schools that are in state. An ACC team, a Service academy, and a Mid Major. None of these programs are stepping on each others toes. The four star new Yorkers want a big Conference, the kids who want a service academy look at Army, and Buffalo should be able to own the middle ground.

Ask Toledo how bad the Pool is. When James Potts committed to Turner Gill a local standout named David Fluellen decided to go play for Beckman and has been very effective.

And what of the more solid states like Ohio? Where there is one power (OSU) and five MAC programs competing? are they better off?

Quinn has run the no-huddle spread throughout his career, but it's increasingly evident it requires 11 players and a coaching staff in synch to make it hum. On occasion the Bulls have found the zone. Just as often they look lost. Delayed play calls come in from the sidelines. The offensive line breaks down. A receiver can't shake free of press coverage. It's no one thing.

Everyone knew it was a bad idea to ram that system in at UB, everyone except Quinn. Look at first and second year coaches with Success like Pete Lembo at Ball State. Take what you have and work with it, restamping a Cincinnati playbook with the Bulls logo is not coaching.

Heck this years offense looks to be far different than what Kelly used at Cincinnati and its working better. In other words Quinn is getting a bit further away from the Cincy Spread.

There is more at the site and it's a good read but try to read between the lines.