Share All sharing options for: Talking Bull: Say it ain't so Joe Pa... 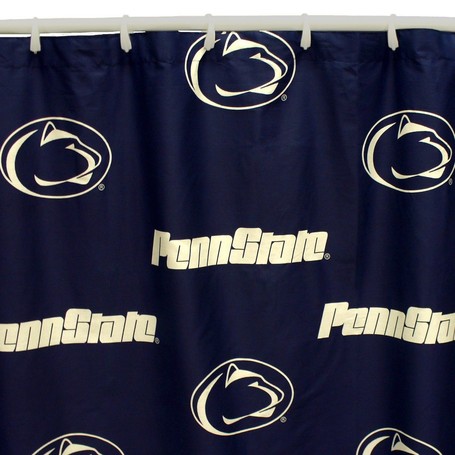 Time to take some more scholarships away from Boise for "Lack of Institutional control.

I know that supposedly Joe Pa reported the allegations but I want to ask you. If you knew this was going on, reported it, and saw nothing happen other than "he cant bring kids here anymore" would you just sit by?

Penn State Nittany Lions athletic director Tim Curley charged with perjury in sex case - ESPN
A former defensive coordinator who was integral for decades to Penn State's success in football was accused Saturday of sexually abusing eight boys, and the school's athletic director and an administrator were charged with perjury and failing to report what they knew about the allegations in a case that prosecutors said uncovered a years-long trail of a predator and those who protected him.

201111021802 | Flashes and Broncos get media preseason nod | Basketball
The Kent State Golden Flashes and the Western Michigan Broncos have been selected to win their respective divisions in the 2011-12 MAC Men's Basketball Preseason Poll. The poll was announced prior to the league's preseason media teleconference and was determined by a 24-member MAC News Media Panel. The Golden Flashes garnered 12 votes to win the FirstEnergy MAC Men's Basketball Tournament.]

VIDEO: Alabama-LSU Tailgate Brawl Shows Missouri What It's In For - From Our Editors - SBNation.com
Missouri Tigers fans, let's talk. You were announced as the SEC's 14th team today, so I just want to make sure you know what you're getting into. Have you been classically trained in one or another martial art? Do you enjoy mixing food and drink with combat?

College Football Rankings: LSU, Oklahoma State Top BCS Standings; Alabama At No. 3 - SBNation.com
LSU won the Game of the Year of the Century, but it was another matchup -- Oklahoma State and Kansas State -- that nearly turned the rankings upside-down. AP and Coaches Poll rankings will be around around noon ET, while BCS standings will arrive at 8:15 pm ET.

VIDEO: Crying Alabama Fan Reminds One Of Something - From Our Editors - SBNation.com
As the Alabama Crimson Tide were seconds away from losing the Overtime of the Century to the LSU Tigers, CBS' cameras located a familiar sight. A young man affiliated with a SEC football program, weeping openly at the close of an important SEC game. Where have we seen this before?

ANIMATED: Nick Saban Is Angry, His Assistants Are Now Deaf - From Our Editors - SBNation.com
The head coaching matchup between Alabama and LSU is almost as fascinating as the matchup on the field. It's not necessarily because it's a chess match -- though it is; it's the personalities at play. On one side, there's aloof and lovable Les Miles, the man who eats grass and took a nose-dive heading onto the field on Saturday night. On the other ... well, there's Nick Saban.

SEC Expansion: Missouri Finally, Officially Announced As 14th Member - SBNation.com
After a false announcement and the Big 12's admission that Mizzou is leaving, the Tigers have been unveiled -- for real this time! -- as the SEC's newest member. Check back here for the latest college conference realignment news.

Cannon Blasts Competition at UB Open - Sports - The Spectrum - University at Buffalo
It had been an eventful offseason for the wrestling team. The team's nine-month break included the signing of a nationally renowned recruiting class, the renovation of its facility, and the loss of arguably its best wrestler.