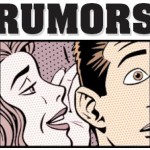 Is iCoach taking a page from Coach Quinn?

At this point it is nothing but a rumor but what the heck, we play Akron this week so I'll go with it. Rumor has it that Akron's head football Coach, and former Notre Dame resident, Rob Ianello is going to bring some talent over from Notre Dame

It's a pretty good list of three, four, and even a five star recruit from back in the day. Apparently iCoach looked at what Coach Quinn had done and decided to double down.

If you wondered why Turner Gill Left Buffalo

College Football Coaching Salary Database Reveals Fun Tidbits - From Our Editors - SBNation.com
As just about everyone has pointed out on Twitter, Kansas head coach Turner Gill makes more than Mike Gundy ($1,200 more, to be exact). Also interesting: Gill's "other pay" is $1,200. We can only hope he has a "makes more than Mike Gundy" clause in his contract.

Yea, I'd quit my job is someone offered to pay me four times the salary, even if it was in Kansas

Not to UB is doesn't

Why Week 12 Matters - ESPN
For some, Week 12 is bigger than others. Virginia and Virginia Tech are both still battling for the Coastal Division title, and Florida State still has a chance to tie Clemson for the Atlantic Division title, though the Tigers have already clinched the division. There's more at stake, though, than just the standings. Here's a look at …

Oh would you two just get a room already

I am sick and tired of BYU and the Big East making eyes at each other. BYU do the honorable thing here, if the Big12 calls you can just pull a TCU.

Report: Big East Conference focused on adding BYU Cougars - ESPN
A person with knowledge of the conference's expansion plans tells The Associated Press that Big East officials have made adding BYU a priority as they try to become a 12-team football conference.

Bulls working out the kinks - Sports - The Buffalo News
With the starters on the floor, the Bulls threatened to blow the Big Red out early and then ultimately put them away late. It was once UB went to its bench that its play turned sketchy. There was sub-standard play off the bench and a lack of continuity between the reserves and the starters who remained on the floor. The Bulls turned the ball over eight times in the final 7 1/2 minutes of the first half, which forced them out of cruise control and left the game tense until the final six minutes.

UB Bulls balance being entertainers, beating Cornell " Sports " Tonawanda News
Reggie Witherspoon had an emotional outburst early on in the Buffalo men's basketball team's 68-59 win Wednesday over Cornell. When senior forward Dave Barnett dove over a fallen Big Red ballplayer to not only save a loose ball but bounce it off the interstate opponent and earn the Bulls an extra possession, Witherspoon sprang from the bench and gave Barnett's backside the Jim Harbaugh handshake. An equally excited Javon McCrea sprinted over to show Witherspoon some love in the same fashion.