Time once again for a UB Hot Tub Time Machine

Share All sharing options for: Time once again for a UB Hot Tub Time Machine 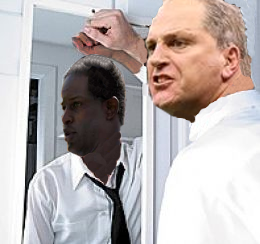 When Buffalo fans look in their 2011 Mirror what do they see?

It's hard to imagine just how hopeless things seemed in 2005. The Bulls had been a division one team for more than half a decade and were perpetually about the worst team in football.

If you wanted media coverage of the Bulls you had to wait for the weekly "Bottom 10" list to come out on ESPN. That, a few paragraphs in the buffalo news and boiler plate 'we lost again' spectrum articles were all that existed.

Then the new athletic director, Warde Manuel, got serious and managed to find a qualified coach to come to Buffalo. This was no small feat, Buffalo was the place for up and coming assistants to fail, and go back to being assistants.

This was the world that many fans forget when thinking about UB. Most fans are, understandably stuck in 2008, and I count myself among them. Hell I would settle for 2009 right now.

Before Gill built his team there were two years of losing seasons, some folks forget that.

Quinn's problem, the one that brought UB back to the state they were in about a decade ago, was his insistence on putting the spread in. Look at good coaches who make a difference early. Lembo at BSU, Beckman in Toledo. It's not so much the talent they bring in but what they do with the talent.

I am more and more impressed with Lembo by the day. Ball state has nothing on Buffalo in terms of Budget, talent, or facilities. What they have is a coach that came in and worked around his players. Gill was the same way, come in, see what I have and build with that.

Quinn, and we have beaten this to death here at Bull Run, tried to jam the spread in when he had several decent halfbacks and no experienced quarterback. He seems to have learned, this season things are a bit different as his new offensive coaches are turning the unit to the available skill sets.

There is still a lot of football to be played and the Bulls certainly have a couple of winnable games. However UB proved last season just how easy it is to lose a 'winnable' game.

But suppose Coach Quinn goes on a run, not likely but possible. We have a tough road game in Eastern Michigan (yes hurts once again to call an EMU trip a tough game). After that we have two home games, and the Bulls have been a pretty good team at home this year, even if it has not bore much fruit.

If he runs out his last three his record will equal Turner Gill's first two seasons. More than that he has a better win, against Ohio, than Turner Gill managed in his first two years. Of course he also has the worst FBS loss in modern UB history.

The Big Difference, and 2010 will hit on this in tomorrow's stampede, is that any success in these last three games come in no small part because of Anderson. After the 2007 season UB was returning a QB, RB, and WR who would all eventually own the UB Record Books. This season we lose two starting wide outs, the quarterback, and some vital pieces on the line.

It might be fair to say Quinn was not the right hire in 2010, but it's equally fair to say at this point keeping him for at least one more year is the prudent move.