Others should learn from the Big 12 (and Big East)

Share All sharing options for: Others should learn from the Big 12 (and Big East) 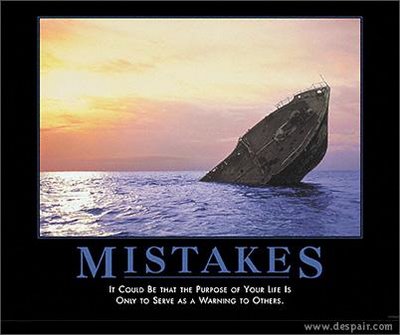 So have you ever thought.. Boy I hope someone else learns from the curb stomping being inflicted on me.

I bet that either the Big East or Big12 is thinking that. Well they might be thing that right after they wonder which school will jump ship next.

Conference Realignment: Navy Asks Big East To Stabilize, Won't Make Firm Commitment - SBNation.com
The Big East is still hemorrhaging football schools -- TCU, which wasn't actually a member quite yet, was the latest -- and the future looks bleak for the remaining members. At present, the Big East is looking to fill the gaps left by the departure of Syracuse, Pittsburgh and TCU, but nobody's quite ready to jump into the unstable mess.

The Big12 looks like it is stabilizing but they might just be delaying the inevitable. As much as I hate to agree with Nick Saben, on anything, he summed up the reason these conferences are falling apart. When asked more than a month ago why the Big 12 was imploding he said it was about equal revenues.

Conferences always have their perpetual "Also Ran's" in football. The SEC has Vandy, the Big10 has Indiana, and the PAC10 has Washington State. These schools may bring down Football but they bring something else to the conference. It could be quality basketball, it could be academics, or just insanely enthusiastic fans. Something about that school made them attractive to the conference.

While, on the field, Vandy will not eclipse Alabama for any significant stretch of time they do hold the same sqay in the board room and share equally in revenue. In other words what is good for Alabama is just about always good for Vandy and its equally beneficial to both schools.

The root of the Big12's problems is the revenue sharing and Texas centric nature of the conference. Don't get me wrong *if* you were going to add a Texas school TCU is the one you want to add but why another school in Texas? I am honestly quite baffled that the conference did not give UCF or South Florida a look.

Hell why not someone, anyone, in an area that you don't already occupy.

Well the reason is that they want to make sure if it benefits the Texas Schools then it happens. This will make the non Texas schools continue to seek a new home and leave the conference unstable. Think Missouri is thrilled that there is yet more Texas Pull in the conference than there was last week?

And don't even get me started on the epic dose of failure that is the Longhorn Network. On what planet was forming your own network, to compete against your conference mates TV rights a good idea? in what universe was it a good idea to try and force, then bribe, them to play their conference games on it?

There are several reasons that Notre Dame is still and indy. Highly ranked among them is the fact no conference in the world, outside the Big12, is stupid enough to allow competing TV deals under one conference umbrella.

What about the Big East? 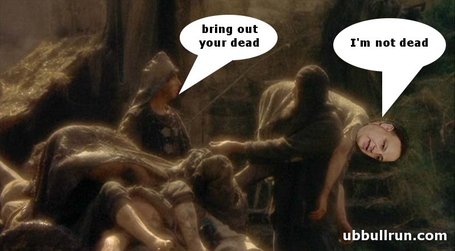 Well we learned that hybrid conferences are inherently unstable and that beggars can't be choosers.

First the Hoops schools hold too much sway and since they don't fully share in the rewards of a BCS AQ conference they really did not care to do the one thing that needed to get done. Go to 12 teams some time ago.

The Big East should have invited UCF, Temple, and perhaps ECU two years ago when expansion started. Even if they could only pull it off football only it might have stopped all this or at the very least gave them some breathing room.

It's to the point where the Big East may lose their AQ status and any teams invited will certainly have to start considering if its worth it. In the end any mid-majors will likely take a full invite if only because of the basketball revenues generated by the conference.

But isn't looking out for specific sports or schools rather than the entire conference what got these conferences here in the first place?