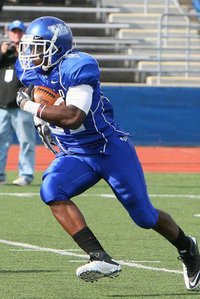 Bulls seeking ways to score against Ohio - UB Football - The Buffalo News: What's next for UB, which resides near the bottom of the East Division standings heading into its game Thursday night at Ohio University (6-3, 4-1)? While the football universe hasn't been kind to UB, the Bulls' offense certainly has been to the opposition with 23 turnovers lost on the season.

Bulls plan to stick with Zordich at QB - UB Football - The Buffalo News: True freshman Alex Zordich showed enough in Saturday's 21-9 loss to visiting Miami (Ohio) to win the starting nod for Thursday night's game at Ohio, one of the tri-leaders in the Mid-American Conference East.

Bulls look to bludgeon Bobcats - The Spectrum - Sports: It would make sense that the football team's first game after Halloween will be against a team led by Boo Jackson. It would also stand to reason considering how scary their offense has been at times this season.

Bulls strong at Cornell - The Spectrum - Sports: The Bulls competed in the Cornell Invitational at the Reis Tennis Center, where they went against Navy, Duquesne and Fairleigh Dickinson. Despite strong performances, Buffalo found out that it must improve to achieve its goals for the season.

And in former UB Coaching news Quigley defends Gill | CJOnline.com: There's not much sixth-year running back Angus Quigley hasn't seen at KU, from celebrating January wins in Phoenix and Miami to blowouts with nearly-empty stadiums after halftime. He watched as KU missed bowls in his second and fifth seasons, and he