Alex Zordich is out for the season.

Share All sharing options for: Alex Zordich is out for the season.

One thing that has both impressive and terrifying about Alex Zordich is how he runs the ball. Maybe because of hie size and his bloodlines many thought Zoridich, as a QB, could get away with running like a full back. Then, late in the first Quarter the only thing left to go wrong for Buffalo this season went wrong. 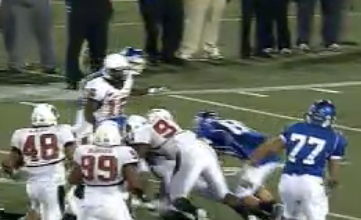 Zordich took a helmet to the ribs and missed the rest of the game. There was some hope among fans that he would be ready to go for EMU or Akron but then this:

This leaves Quinn with something of a Dilema. Who should he look to? Obviously it Won't be Dennison who is currently the teams emergency QB. Dennison saw one play last night and while he might climb to the #2 spot should Davis become the starter he will likely go no higher.

The other choices are Warden and Johnson neither of whom has been in the discussions this year but both were pretty sollid prep players. Do you burn a red shirt for two games worth of experience? or do you give Davis the reigns after a terrible showing against Ball State?