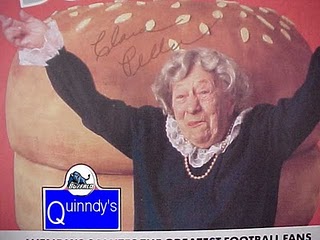 Before I get started let all keep Matt Ostrowski, and his family, in our prayers. The last I heard it was 'just'  a broken leg and that there was no damage to his ACL. If that's the case he is off his feet for three months but the injury is the kind that you can truly heal 100% from.

Eight quarter's sixteen points, while this is pretty much what you expect in a rebuilding year but it's still pathetic to see. While execution looked a bit better some really questionable calls led to just ten points, that's only 16 in the last two games.

I have to start by saying death to the shovel pass! This play is more likely to burn you that it is to get you substantial yards. It's a high risk, low reward reject from pop Warner football that has no place on a field where guys old enough to shave play. Were I appointed Czar of football I would ban the damn thing.

Another set of bad calls were sweep plays on fourth and one or two, if you don't have the muscle to put it up the middle on fourth and short you should not be going for it. Quinn noticed that UCF was diving towards the center on some formations and wanted to take advantage, I get that, but UCF is a fast and disciplined defense.

Finally the fiasco at the end of the first half was shameful. After Matt Ostrowski went down you had ten seconds and about a 41 yard field goal. I really get not kicking the field goal and taking a play. It was third and a couple and you easily could have gotten 5-10 yards and spiked the ball, 36 is in the comfort range for AJ, 40+ not so much. But instead of a slant UB throws to the end zone?

Defensively not a bad night, aside from the last couple of drives UCF seemed to have trouble moving the ball, and when they did the defense manned up so stop drives. When they got through three quarters allowing no offensive touchdowns I thought that UB could win the game, but the mobility of Godfrey killed us with his feet.

I'm still high on Davis but this was the first game where I saw him make a really awful decision (to throw that shovel pass). His passes were way closer to the mark than they were against Baylor but 15-31 with two picks is not going to do it once you hit conference play. Davis makes the right decisions but never seems to hit receivers in stride.

The 'Plus' is for how Davis used his feet. Very effective with his scrambles.

This would be a higher grade if the backs would stop putting the ball on the ground. UB's back rolled up 125 yards on a very good UCF defense. But they need to start holding the ball better.

The lone "bad play" was Neutz losing the ball in the lights, which would have been called back had he caught it, so that's a free learning experience. There were one or two big drops, but they were far outnumbered by some nice hands, and great work after the catch.

Way to many times did a four man rush put Davis under quick pressure. The Jail break Blitzes that went through are owned by the tail backs and the line, and were those the only time Davis had a man all over him before he got the ball the grade would have been way better.

The other thing is the run up the Middle, we absolutely need that in this offense.

I thought they did a pretty good job containing Godfrey, until the fourth. Nothing spectacular about their play but as a unit they warrant more and more confidence as the weeks go on.

Same regard for their ability to contain Godfrey, and Khalil Mack sacking Godfrey without a helmet.. That's a highlight film moment.

No highlight film moments, but at least the big plays were gone. One catch of 27 yards is the biggest thing UCF could muster.

The one nice return keeps this from being a D, but the coverage is scary, has been for years.