Share All sharing options for: Drew Willy hit's #2 on the Loco's depth Chart 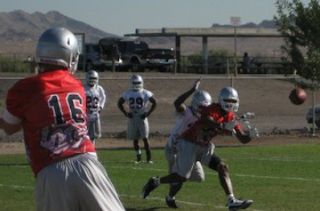 Drew Willy not only survived a battle for a spot on the Roster he ascended to second on the depth chart for this weeks Game Against the Florida Tuskers.

Coming into the season the favorite to backup Tim Rattay was Russ Michna, Michna played college ball for Western Illinois, before moving onto the Arena league and then as a backup with the Loco's last season. Willy was also competing with Chase Clement.

Clement threw for nearly ten thousand yard in his four years at Rice including 44 in his senior season. He found a roster spot with the Hamilton Tiger Cats but retired two days later.  Clement landed third on the depth chart. 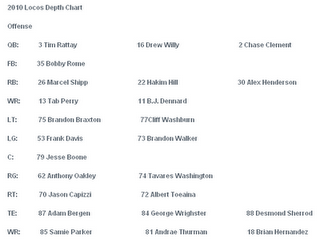 The first game for the Loco's will be this Saturday, the 18th, in Orlando.