Are those storm clouds on the Horizon

Share All sharing options for: Are those storm clouds on the Horizon 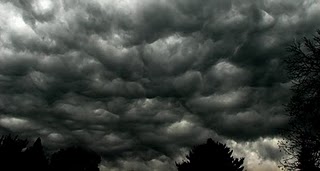 Last year when Turner Gill left the team long time fans were feeling rather confident that his replacement would be "the right guy". This confidence was based on the spectacular job that Warde Manual has done as UB's athletics director.

Almost without exception UB's athletic teams are more competitive today than when Manual came on board. The School has won MAC Championships in Football and Tennis, they have finished with co championships in Basketball, and the even have a CAA title in crew.

Even the squads that have not reached the mountain top are on their way up. The woman's Volleyball team is 5-1 so far this season.

The point is that Manual has slowly and soundly moved the department to a point where it is competitive in the Mid American conference, and that was his mission when he came on board. It seems that other schools are noticing his work.

He was one of the finalist to take over at Maryland:

"Manuel was among three finalists considered by a 17-member search committee during a two-month search. Connecticut AD Jeff Hathaway, a Maryland native who graduated from the school, was considered the leader until late in the week when discussions about the position broke down." -- Rodney McKissic, Buffalo News


If this was going on in a vacuum I would be only mildly worried, after all a successful mid major athletic director, like a coach, is bound to get a lot of cash waived in front of their faces at some point. You can't really blame them for considering it.

In a vacuum they guy who hired Manual, President Simpson, would find his replacement. There is only one problem with that, hes leaving this January.

For those of you who follow only Athletics and not the university as a whole you may not have been aware that Simpson is leaving for half personal, half professional reasons. He wants to be near his family in California (personal), and he is tire of the politicians in Albany using SUNY tuition increases to cover their inability to balance the budget.

Does this mean its time to panic?

Not yet. Chances are Manual will be around a bit longer and I believe that whoever gets tapped to replace president Simpson will be a friend to both Athletics and UB2020.

All this means from a fans perspective is that there is reason to keep up with the political developments at the university for the first time in more than a half decade.

Living at the northern end of the great plains I can tell you that sometimes the most threatening clouds blow right on over. Depending on the timing, and priorities of the new University President this may just be a footnote.