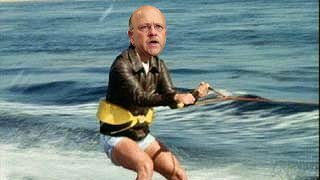 There is a proverb that my mother drilled into me as a kid:

"If you set a trap for others, you will get caught in it yourself. If you roll a boulder down on others, it will crush you instead." - Proverbs 26:27

You see I grew up the youngest of seven kids, and the amount of scheming that takes place when so many young ones are under the same roof is almost unbelievable. Sure it starts small, eat all of moms cookies and blame the one sibling not in the house, but those small schemes grow and eventually they become way too convoluted to go as planned.  Before you know it you're older sister, who had been baby sitting you, is standing over your bruised skull screaming at your older brother "don't tell mom, don't tell mom".

We all know what happens next; mom comes home 15 minutes early and comes through the door yelling "don't tell mom what".

The point is that few things in life are quite as satisfying as seeing a person scheming end up getting served, and that's just what happened to Benson and the WAC. You see shortly after the MWC conference invited Boise State Karl Benson and BYU started planning. They came up with a way to  solidify the WAC for the sole purpose of preserving a non football landing pad for the cougars.

The Plan involved setting up a 5 million dollar buy out, something that few teams in college football can afford and virtually no non AQ conference members can even dream of.

So BYU wanted out of the WAC, and with Utah gone I don't really blame them. Karl Benson wants to get back at the MWC and sure up the WAC. Simple plan right? make sure nobody in the WAC can leave and then let BYU in for all sports non football.

Except BYU's plans were leaked and the MWC mugged the WAC in a way that only ACC / Big East fans can appreciate. Within 12 hours of the confirmation that BYU was looking to ditch the MWC the following happened
To BYU's credit they have handled the past 24 hours way better than the WAC. Once you put aside the massively skeevy act of setting up the WAC for their departure from the MWC the Cougars have actually not committed to anything. That, and the fact they have kept their mouths shut keeps their options open. It does not hurt that BYU adds to the possibility of an AQ conference so short of murder the MWC will let them stay.

Benson's child like reaction is why he, and not BYU, gets this weeks Fonz award (I'm playing with names for the SJOTW). Karl was the one yelling "don't tell mom" when Craig Thompson came into the room. Meanwhile BYU has kept its head down hoping that when Momma Craig is all done with the WAC that his aggression will be spent.

Benson on the other hand is spouting off about the other brats in the house (Fresno and Nevada) which had nothing to do with the situation short of taking up a good offer. Man what I would give for Thomas Boeh's answering machine, it has to sound like Mel Gibson called the wrong number. 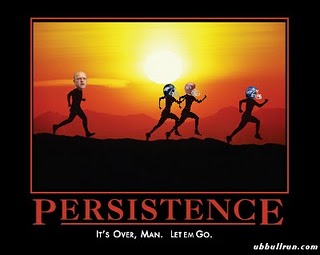 Calling Fresno and Nevada 'Selfish' when you were setting up the WAC is a shark jump worthy of a despair poster.