Share All sharing options for: Know a foe: #3 UCF

From last years Know a foe: It's widely suspected that UCF's first Mascot, the Citronaut, is the love child of the Otto the Orange (Syracuse Orangemen Mascot) and The Great Gazoo (Flintstones Character).

Last year the UCF game epitomized most of the games which would Follow, this years the match up against the knights has a real chance at playing the same role. Before UB hits conference play they are likely to have either one or two wins (Outside shot at Baylor, Any Given Sunday at UConn). Fortunately we get the Knights in NY this time, so despite the rebuilding going on in Amherst UB has one thing going for them.

Were UCF in the MAC the would probably be one of the top four teams, so beating them would not only move us into conference play with two wins but it will give us some idea of where we stand against the MAC. A win means that we should be able to beat the other middling teams on our schedule (BSU, EMU, Akron, Miami) to secure bowl eligibility and perhaps even crack one of the more difficult teams like Ohio, Temple, or NIU.

This is the fifth meeting between the two schools and the third in Buffalo.

Last years meeting had all the makings of a UB victory. The Bulls dominated the first half and began the second half by stealing the Ball away inside the UCF 40, UB would then cough it up and spend the rest of the game dying in slow motion. Shut out on offense and overworked on defense UB let the Knights claw their way back into the game finally overtaking the Bulls late in the fourth quarter.

The Golden Knights began the decade as an FBS independent after upgrading from division three in the 70's to division two in the 80's to division one in the early 90's (Sound some what familiar). The MAC took them on as a Football Only Member in 2002 and they stayed on for three seasons until Conference USA had to rebuild after getting raided by the Big East.

UCF has had three coaches this decade; Mike Kruczek began the decade after having had some real, albeit hard fought, success in the late 90's. He carried the team through independence and into the MAC as a team which was regularly winning games. After a terrible start in 2003 he was dispatched before the final four games (which were coached by Alan Gooch).

Who Calls The Shots: 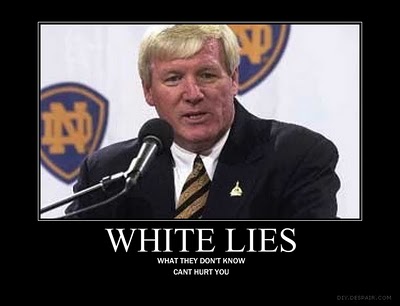 George O'Leary was brought in, presumably with an accurate resume, to take over. Since then he has been stuck in something of a 'Cubit Cycle' (trademark Bull Run). If the cycle holds, the Knights will struggle this season. Note: It's not truly a Cubit Cycle because he has managed to win his division but its very, very close.


Who to watch out for:

Bruce Miller looks to lead a defense that will be at or near the top of Conference USA. The Defensive end had a quiet game against UB last season (two tackles, no sacks) but finished the year with eleven sacks and four assist.

I'm not quite sure three weeks will be enough time for the line to be comfortable enough in the new system for what Miller can bring.

On offense it's mainly going to come down to how well Rob Calabrese deals with a RB who is only standing in while their big threat heals, and how he deals with a spotty offensive line in front of him. Calabrese shows half the poise that the knights got out of Harvey last season they will still be a threatening unit.

Mike Tyson's Punchout Evaluation: Take care of the Basics and it's winnable.

UB, even rebuilding, has the tools to take down Great Tiger... Errr UCF. Like Great Tiger the UCF defense moves pretty quick from side to side, unlike Great Tiger they can't actually teleport. If the Bulls get into turn over trouble, or if the offense gives up to many three and outs this game has the potential to get ugly, but really unless UB beats itself they should be in this game.

This is very close to a should win game, though I would not put this in the same class as EMU or Ball State coming to town. The Bulls win this game about half the time.

This is the game which least lends itself to picking a favorite, right now I'd had to give a slight edge to UCF only because I usually put a lot of weight in coaching changes. So I'd call this a dogfight that UB falls just short in.

The Orland Sentinel's 'Knights Notepad' does a pretty good job covering the team, I had a blog exchange with them last season and hope to repeat that this year. As far as fan boards are concerned The Rivals forum for the Knights is the most active area that I have found.