Share All sharing options for: 25 Questions: Rhode Island at Buffalo 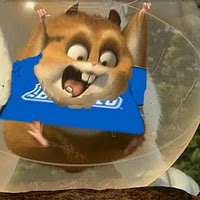 After all the change that went on this season it's nearly time for kickoff. This has been the most hyped off seasons in modern UB football history.

On the field expectations are not what they were last season. Last year UB was coming off a MAC Championship and had a schedule which lent itself to seven or more wins. While a return to the MACC was not assured it was within the realm of belief.

This season most Bulls fans would be thrilled with six wins, in addition to reloading talent and bringing in a new system UB will be forced to play two games against BCS conference members on the road. A long haul to Texas to play Baylor and a trip down the 90 to play UConn. Throw in a home game against a very underapreciated UCF team and the Bulls would do well to get two out of conference wins.

Given their competition this week they better get at least one, so here is the first 25 Questions of 2010:

Where are the Rams at:

Languishing under the weight of being a struggling football program at an A10 Basketball school. They have not went as far as canceling football all together like NorthEastern and Hofstra but they are downgrading. This will be the Rams last season in the vaunted CAA. After this season they are taking their ball and going to the NEC.

Getting into the NEC: The Rams do not have the fan base to compete in the CAA which is quickly seeing its power base shift south. The move to the NEC sets up the potential for backyard games against Albany, reduces the number of scholarships they have to provide, and removes that pesky competitive atmosphere that is present in the CAA.

Being so bad in the CAA that they had to leave for the NEC. While the NEC is moving towards being a conference who can be counted towards an FBS teams bowl eligibility they are not there now so for a while the payday games they have been playing are gone.

Do they take care of the Ball?

Not really, their conference rank belies the fact that they averaged nearly two turnovers a game. Last season the Rams the rams turned it over 19 time (11 picks and 7 fumbles). In their defense they were breaking in Chris Paul-Etienne at Quarterback and seven of those picks were on him. They should be better this season with CPE returning.

How is their Passing Offense?

While they were a bit turnover prone last season they could move the ball. (200+ yards per game). Despite the fact their Quarterback will be more seasoned this season they have to work against the fact that two of their top three receivers were lost to graduation.

How is their Rushing Offense?

Respectable, 5th in their conference last year with 1800 yards as a team and 3.77 per carry. They run a committee backfield and the top three guys from last season Tony Ferrer, Ayo Isijola, and Ryan Lawrence, are all back this year.

How are their Receivers?

Green, very green. They about as much returning experience at wide out as UB does this season. They do get Ty Bynum back who had nearly over 500 yards last year, he will likely a favorite favorite target for Chris Paul-Etienne (He will also be a target Davonte Shannon, but not in the warm friendly way).

How about their offensive line?

On the face of it they run well, and pass OK. One would think that the offensive line is at the very least a functional group. Aside from center Matt Greenhalgh the entire line is made up of upper classmen. In terms of size they are average 280-300 range.

Are they High Powered?

Aside from an outlier at New Hampshire, and a season opener against Fordham this is a team that did not manage 28 points all year. But they did average more than ten yards per completion. It's not accurate to call them high powered but they can burn you if your secondary gets sloppy for even a moment.

How Well do they convert on 3rd?

Last season the rams were worse than 1/4.

Can their offense close a drive?

14 Touchdowns and 5 field goals in 28 visits. 28 visits should be 168 points, to walk away with only 99 means you're getting just over half the points you should be getting.

How Good is their defense?

When you allowing 400 plus yards per game you better hope that the off season goes well. The Rams gave up nearly two hundred yards per game on the ground, and ranked near the bottom of their conference in nearly every category.

They are bringing back a very young defensive line (Three sophomores and one Junior). But aside from that they are an experienced unit.

Do they take the Ball Away?

26 take aways is nothing to sneeze at. Jarrod Williams had four picks last season to lead his team and he is returning this season.

But where the rams really hurt other teams is the 15 fumble recoveries that lead the CAA. The Rams are losing Steve Weedon who forced five fumbles and recovered two but their skill at stripping, and recovering fumbles was spread around the whole defense.

Can they stop the Run?

No, they can take the ball away but if a half back can hold onto the rock chances are he's going to average more than four per carry. This was a problem for the rams last season and opening up against an FBS

Can they stop the Pass?

They could not do it last season, and while they are more experienced in the defensive backfield the green line might give Davis enough time to pick them apart.


How do they perform on third downs?

The Rams were near the bottom of FCS teams last season, giving up almost 50% of third down attempts. This is where their inability to stop the run really killed them as they were often in third and shorts against teams that could count on anywhere between three and fiver per carry.

How is their red zone defense?

They are giving up better than three quarters of possible red zone points.

How well do they get after the QB?

A respectable two sacks a game last year but most of those came from Steve Weedon who is gone this season. Linebacker Matt Hansen and Lineman Victor Adesanya who each had four are back this season so if the young guys on the lone step up they may pose something on a threat

Do they get after you in the backfield?

Yes, they were ranked 48th among FCS schools last year and return the guys who did the brunt of the damage in the backfield.

How is their return game?

Jarrod Williams will likely be the gut returning kickoffs. He managed a lukewarm twenty yards per return last season.

How well do they defend returns?

They were in the bottom third of all FCS teams last season, but to their credit they did not give up a touchdown (something UB can't say)

How well do they Kick?

Reliable but not spectacular if they are inside of 35 Feinstein will usually get the job done, and he was solid 25/27 on extra points.

How Well do they Punt?

Tim Edger is back to punt after a spectacular sophomore season. Edger ranked 11th in the nation (FCS) last year. His 41+ yards per punt led the conference.

How good is Rhode Island against FBS Teams?

Awful, they struggle in IAA as it is, but they have not beaten an FBS team in at least their five tries (going back to 2002). The closest they came was taking Army to overtime in 2007.

How Big is this game for Each Team?

Every FCS team wants to beat an FBS team as badly as MAC teams want to beat someone in the Big-10. But aside from getting that feather in their cap Rhode Island gets paid to play win or lose. For Buffalo this is as close to a scout team scrimmage as they see. This game is UB's only 'give me' out of conference game this season so it means way more to them.