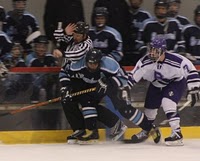 Desharnais (7) was an all Cape Cod selection his final two years of high school and finished his career with more than one hundred points (57 goals, 53 assists) in just 81 games.

When he was not offered a scholarship he began to look at the non scholarship programs in the ACHA. He chose Buffalo over Massachusetts, and Plymouth State.

As a high school athlete he played Hockey, Soccer, and Lacross and was known for grit and his physical talent in all three sports. 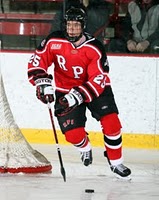 The other new face is a division one transfer. Mark Zarbo, from Grand Island, comes back to the Buffalo area having played one season at RPI after first plying at Bently College.