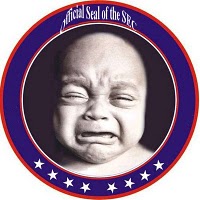 So all the buzz around the SEC media days is the NCAA's "interest" in some of the programs and their players cozy relationships with NFL agents. The coaches pissing and moaning about, wait for it, the aggressive nature of NFL agents when looking for that next big star.

I know that SEC programs are supposed to be the He-Men of college football but not until this week did I realize that coaches had to surgically have brass gonads attached.

The short story, for those under a rock, is that the NCAA is calling out, one by one, storied SEC programs about violations surrounding agents who are, allegedly, trading cash and favors to college students for the right to represent them. One by one the coaches spoke about the agents unfairly targeting their kids. 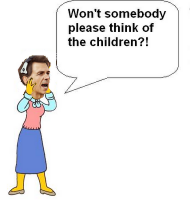 Saban bemoaned entrapment, and called agents "pimps". Saben pulled the Mrs. Lovejoy card (Simpson's reference) when he tried to bring it all around to the kids.

"I have no respect for people who do that to young people, none. I mean, none. How would you feel if they did it to your child?" -- Nick Saben

Urban Meyer also bemoaned wrongful activity and how it might affect kids:

"They're not out there chasing guys and giving them money and breaking rules and flying them all over the country, sending girls after them, all kinds of stuff."

Hmm Using pretty girls to recruit players? no way the SEC would ever do that right?  ** Cough Kiffin ** The problem is that agents are doing the same thing Big time college programs do (and some small time ones), they are just doing it three (or four) years later and they are doing it with a lot more money.

How many Juniors, and even Sophomores, have had some contact with college scouts or coaches from the SEC? Many kids getting approached by power program scouts have not even been to a prom, have not taken their PSAT, some might not even have had to pop a pimple yet but big time coaches paid millions per year are selling them their future.

The best part of all of this is that many times that sales pitch includes the prospect of playing in the NFL some day. So Nick those kids who you talked to in 2005, the ones who you hyped up on playing on Sundays are talking to someone else who is... wait for it... hyping them up on playing Sundays!

College coaches are often five times the predator's that NFL scouts are because they go after kids who can't vote, can't drive, and sell them a rich future. When an Agent approaches a prospect they are within a year, or two of being out on their own, they are probably going to get a shot somewhere maybe not in the NFL but they are closer to a pro career than when you start selling them the bill of goods.

And what Bill of goods are you selling them? Nearly half of Alabama's scholarship football players don't obtain a college degree so it's safe to say you're not selling them an education. The entire SEC is only pulling 60% and that's with Vandy (91%) carrying you!

So please before you start whipping on agents just take a big long look in the mirror and look at the culture that your programs have nurtured, ask yourself if a 15 or 16 year old is ready to decide where they want to go to school and be honest with them about the odds of the NFL versus a free four year degree. You might lose a pampered spoiled kid here and there but at least the ones you do pull in might be less likely to take money from guys at the level above you.