No more Bowl games played in the shadow of the CN Tower? 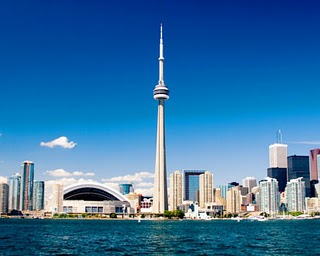 Maybe it was the Canadian Blue laws, maybe it was fear of a repeated pass port scare, or maybe it was just because fans of most teams did not want to trek up to the great white north but whatever the reason it seems the international Bowl may be on its way out.

Ken Hoffman on 'The Game 1560' has stated that the Bowl Game is going to fold due in no small part to the Big East's plan to drop it in favor of the new Pin Stripe Bowl (should have been called the Empire Bowl but nobody asked me). On top of losing a team to the Pin Stripe bowl there is also pressure from the Dallas Football Classic which opens its doors in January 2011.

While a bowl game in the Rodgers center was a nice idea the only fan bases who are within a reasonable distance, and likely to have passports handy, would be in New York (Buffalo, Syracuse) and Michigan (Michigan, Michigan State, EMU, WMU, CMU). Really aside from these fan bases nobody will miss the bowl.

What does this mean for the MAC? Well looks like the move to the Smurf Turf Bowl (Humanitarian) won't expand the MAC's bowl presence but it will maintain it. While many MAC fans may not like the fact that the Bowl Game is in Boise, it is a pretty well known game with great TV ratings and will usually field a good opponent.

Besides, until the MAC develops some consistency in winning in Bowl Games (or even the regular season against BCS opponents) they are really not going to have their choice about what Bowl games take them. Realignment may shake up the bowl tie ins but it's not going to make a conference who went several years without a Bowl win look any more attractive.

4/26 Well it's almost official ;)
According to sources of the Toronto Sun the International Bowl has folded:

Though it has not been announced officially, sources have indicated that the International Bowl, played the past four years at the Rogers Centre, is no more. -- Toronto Sun

This leaves the MAC slightly worse off in 2010 than they were in 2009. The Smurf turf bowl is physically a down grade (not against a BCS conference, not anywhere near a MAC school (or anywhere else). But location and opponent aside the game has tended to do rather well on TV and it matches the International Bowl's payout.