From courant's blog, this pretty much sums up what many are starting to see as a huge problem in college football. Whether it's Keenan Allen trying to bribe Alabama, Zach Maynard Trading up, Lane Kiffin taking a verbal 'Commit' from a 13 year old or Mike Stoops complaining about his recruits changing their minds before signing day its turning into a meat market and not a chance for a young man to use his talent to gain an education.
It's easy to fall into, hell I already have UB's 2011 recruit map up on Bull Run! Finding the line where acceptable fan and media interest meets exploitation of 18 year old kids is not easy. It's also really hard to know who to blame; A member of the media was kicked out of Keenan Allen's signing for daring to ask about the job that his coach/agent landed with Cal.
One of the most damning indictments of the media recruiting blitz that Edsall laid down, and one that I have seen many knowledgeable fans echo, is that when you look back four or five years what do they matter? How many Division one schools could have used James Starks or Naamen Roosevelt on their roster? How many schools bring in a big four or five star guy only to have to grey shirt him, or worse watch him fail out?
What is a healthy amount of interest? What role shout 'scouting services' play?
I think the worst of the problem is not with the scouting, reporting, and discussion among fans. After all any coach, or informed fan will eagerly tell you that the difference between a three star talent and a two star talent is vastly eclipsed by the prospects attitude, disposition, and fit into the particular scheme that the coach is running. 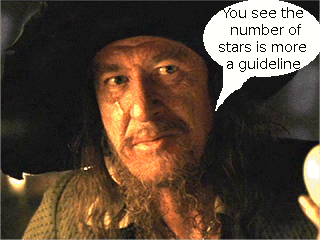 Even he get's it
The problem lies, I believe, in the media hullabaloo every early February about the pressure that an 18 (or 17) year old kid, and his family faces when they are tagged a 'top prospect'. It lies in some coaches putting the play on the field at a far higher level than the performance in the classroom, and it happens when parents and high school coaches don't look for the best school but for the best team.
Unfortunately so long as there is big money to be made in college football (by coaches, by the media, and by universities) there is going to be pressure to 'get ahead' of the next big player/story.
The one thing the NCAA might be able to do to 'bend the curve' on this issue is to curtail the amount, and sources of contact that high school athletes can have with colleges. If I were arbiter of scouting justice here is what my first acts would look like.
Sorry Lane, the middle school recruiting doors are slammed shut.
Rivals should not be out there pimping up a kid who has not even finished taking his 11th grade exams, let him concentrate on getting an education. Junior year, for most, is the make or break year in terms of fulfilling you bare essentials for a high school degree. Let them get those out of the way.
Why wait for the SAT/ACT? The PSAT should be enough to gauge if a kid is ready for even more responsibility. If a prospect is not pulling his weight after junior year he can always use that summer to prep for the SAT..
Self explanatory, I am sure the vast majority of coaches out there want whats best for their players, but even then it has to be tempting to let a unique talent slide on academics with the thought that football will carry him. Throw in a coach who is also looking out for himself and then the players future, should football fail, becomes meaningless.
As much as I hate to Agree with Mike Stoops players should be able to sign with a team after completing an acceptable fall SAT exam. Perhaps with no 'official' signing date some of the luster of of the signing day media blitzes can be avoided.