Sometimes you eat the bear

Share All sharing options for: Sometimes you eat the bear 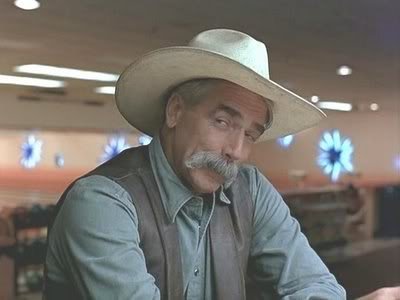 Sometimes the bear eats UB...
Winning against Oakland was going to be a tall order, but after a very close 3-2 decision on Friday I was really hoping the Bulls could steal one away. Instead Oakland gave UB its worst drubbing of the year 13-0 on Saturday. The losses don't affect UB's season, even if the Bulls had swept I very much down they go from #26 to #16 and with Canton holding the ECHL regular season crown that's what would have been needed for the ACHA tournament.
Friday: Oakland 3, Buffalo 2
Rich Latona would play a stellar game, stopping 42 of 45 shots keeping UB in a game that they had little business being a part of. The Bulls were out shot 45 to 12, making the most of those shots was Patrick Beyer and John Fitzgerald. UB Freshman John Fitzgerald would score moments after Oakland opened up scoring during the second period. Beyer's goal would bring UB back to withing one gal at the 5:05 mark of the third.
Saturday: Oakland 13, Buffalo 0
Without Latona in net UB could not stay in a game where they were equally over matched. Through one and a half periods of work Nicholas Edson gave up seven goals through one and a half periods (on 27 shots) before Michael Ehlers finished off the period.
Next up for UB is the ECHL tournament where Buffalo will face Syracuse in the first round.