Share All sharing options for: Recruiting Wrap Up 2010 (Offense) 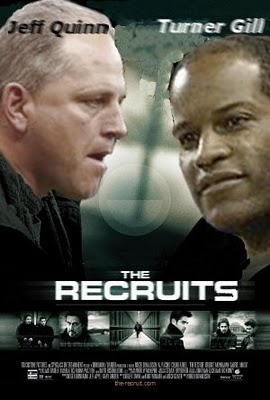 
Last month I went over, what I think, are the likely offensive and defensive two deeps for next season, between the posts UB lost Turner Gill to Kansas and Picked up Jeff Quinn from Cincinnati. Since then there has been a ton of drama. That drama, and the change in offensive scheme, has somewhat shifted UB's recruiting needs.

First and foremost was the departure of Zach Maynard, not the right Quarterback for the incoming offense, or the incoming staff he spent January trying to ride his brothers coat tails to a big name school. Well CAL has their new star defensive back/receiver and his towel boy it will be interesting to see how well Maynard handles the academics at CAL.

Then there was the expected hesitation on the part of players who committed to Turner Gill's UB Bulls deciding if they wanted to play for Jeff Quinn's Bulls.
On the whole I don't think that Quinn can be faulted for vast majority of the carnage that happed this past month, every coaching change brings with it changes and given how much a recruiting force Turner Gill was seen as being the fact the class held up so well under Quinn speaks volume for what this staff may be able to do with a full year to scout and their own agenda.

So, Who are this years new UB Bulls?

The UB Quarterback situation is easily the one that has seen the most change between December and signing day. After the clock expired against Kent we knew, almost without a doubt, that Maynard would be starting in 2010. When UB brought in Jeff Quinn, a straight spread guy to replace the spread option that Gill was crafting the odds of Maynard starting sell off a bit, the tools he possessed that set him apart from Davis were suddenly not so important, and the weaknesses he showed (touch, accuracy) were suddenly far more important.

Removing the option component of the offense meant that Quarterback speed, and ability to throw on the run was no longer as important as accurate touch passes and a quick accurate release. Either Maynard saw the writing on the wall and did not want to fight for his job or he just decided that if he needed a fresh start he wanted to pick the coach.

What ever the reason it changed the recruiting picture for quarterback at UB, the team needed and had, one solid recruit and three returning quarterbacks (Sophomore Jerry Davis, Junior Zach Maynard, and Junior Cory Jorgensen). With the departure of Maynard UB needed to add another QB to this class and Quinn manged to pull one in within a week of Maynard bolting.

Johnson committed to UB very early in the summer, he is a very talented athlete who made the roster for the 'Crab Bowl' (Maryland's High School All Star Game). Scouted as being very illusive with impressive arm strength he seems to fit the mold of Zach Maynard physically but seems to be a harder worker and more willing to adjust his game for Quinn's system.

The first time Zordich's name came up is when he committed to UB in late January. The feeling I get is that this is someone who was on Quinn's Radar at Cincinnati but may not have been on par with the type of QB they offer. There are articles out there indicating that coming into this season he was drawing some interest from big name schools

Position Grade: (B+) Got the numbers we needed (2) and the Quality is on par with, or above, what a mac schools should expect.

Johnson is a top shelf athlete and to top it off he seems to have his head on right when it comes to academics. He has all the tools to be a successful quarterback but he also has the speed, and the smarts to play other positions (similar to the moves made by Naaman Roosevelt and James Starks)

Zordich is a nice fit because (1) Quinn has already scouted him for the type of offense that he is bringing in and (2) he has had success at one of the more respected high school football programs in Ohio. Some have made much of his lineage; His father, Mike Zordich, played for Penn State and had a good NFL career with the Philadelphia Eagles. His brother, Michael, is now a reserve linebacker for Penn State.

UB has a ton of depth at running back, while the move to Quinn's offense is going to mean whoever is at tailback will have a more prominent roll in the passing game (hence crisper routs and better hands) the change is not as dramatic as it is at QB. UB will be lead by seniors Ike Nduka and Brandon Thermilus but Sophomore Jeffvon Gill proved his worth last season.

Easily the bright spot of 2010's recruiting class UB fans had a scare when Turner Gill left and Potts started paying visits to other schools. The Florida prospect is ranked #24th nationally by Rivals and #85 by scout Potts had offers from six BCS schools and several from his home state of Florida. That Quinn managed to hold him through a turbulent January is huge.

UB is losing two players after 2010 and we are bringing in two this year, on top of meeting out numerical requirements, and positional requirements under the new offensive system UB is also bringing in a huge talent in James Potts.

Were Gill still here I would be nearly 100% sure Potts would see the field next season (weather or not he would start over Nduka is less than certain). I still have not seen any evidence of how Quinn treats the redshirt but if he is anything like Gill Potts will likely see playing time.

The losses at wide out are huge. UB's leading returning receiver, Terrell Jackson, has just 26 catches. There is talent in the cupboards, but nothing proven. Given the lack of experience, and the loss of Tight End Jessie Rack the more options UB goes into next season with the better.

The big focus has to be guys who can fit into a four or five receiver set and be a treat to an isolated defensive back. Nice sharp routes and good hands. They also need to be more disciplined blockers in a system that employs as many screens and short passes as the UB offense will look to employ.

Hughes has pretty good size at 6'1" and 190 pounds. He also runs a 4.5 40, this is decent speed for a MAC receiver. Hughes had been invited to several combined and was seen by many as a good sleeper commit to Buffalo.

His size and speed make him a great fit for the new offense, and a potential first year contributor.

Dixon's name popped up on signing day, A speedster out of Georgia (4.4 40) he was scouted, but never offered, by Auburn and UCF. He missed most of his Junior year due to injury but had respectable numbers during his senior outing (Dixon was among county leaders in receptions last year with 47 catches for 539 yards and five touchdowns).

Gridiron Studs Calls Lester: Explosive, big play making wide receivers with outstanding hands, quick feet and great speed. Led Everglades Gators to the playoffs in 2009. Awesome in the return game running back both punts and kickoffs. Very dangerous in space. Can turn the short route into a home run and can beat you deep. One of the most underrated prospects in the state of Florida.

Last day recruit out of South Carolina, I cant find too much on him other than an article about his teams game against a local rival in the Columbia Star:

"The Skyhawks answered immediately, using only six plays themselves to retaliate with a 9–yard Nidiffer– to–Walters pass
...
Whalen completed a pass to English, who was forced into fumbling by Walters, and Beach Corontzes recovered for the Skyhawks. Two plays later, Nidiffer found Walters for his third touchdown of the evening, an 11–yard completion to make the score 43–20.
...
Walters caught seven passes for 193 yards and three touchdowns. Mac Whalen threw for 187 yards in his final game for the Highlanders." -- Columbia Star

A local recruit who made the all NY team and finished his season with 100+ Tackles. ESPN called him "an intriguing prospect to evaluate as he is a two-way standout at the high school level at both outside linebacker and receiver". Redden has room to grow and is an incredible athlete and despite his defensive credentials Coach Quinn has him listed as a Wideout.

Devon Hughes is a huge addition but for something higher than a B+, with UB's needs, I would have hoped for two or three more of him. Maybe Dixon is that second guy, ESPN seems to think so, but the senior numbers are jaw dropping stats. Perhaps he had a ton of talent on his team to spread the wealth with, maybe he was banged up. We will find out in spring ball.

I don't remember the last time that a tight end played so prominently in our offense as when Jessie Rack was running loose last season. I do know that Coach Shorter has indicated in the new offense that's exactly what we are going to be looking for. The only tight ends on the rosters who have really seen the field are both seniors so pickups this year are very important.

Burton passed on scholarships from ECU, Cincinnati, and others when he had to use a prep school. After just one year of work he is ready to jump up and Coach Quinn has offered him a chance with Buffalo.

He is a quality pickup who's size hands and speed make him a perfect fir for the spread offense. If he does not snag the starting spot this year he will probably see significant playing time.

Turner Gill owns none of this, its all on Coach Jeff Quinn, UB had no tight ends committed by December and to his Credit Quinn brought in one for this year and got a verbal for 2011.

Losing Robert Colpoys and Andrew West was huge, the fact UB will lose three more after this season (I am counting Bittner twice) is another setback. This years class of recruits needed to be a physical upgrade from the Lines UB has been fielding. There has been a steady increase in the quality of Offensive lines UB has been fielding and if this program is to become a team who is always in the mix that has to continue.

One of the very early recruits to UB, Jeff Veinotte was one of the better linemen in all Canada. The 6-5, 310 pound tackle may have a slight learning curve (I am assuming Canadian High Schools play by CFL rules) but he is defiantly physically talented enough to take on the role.

Carlson was one of the first recruits that Coach Quinn went to lock down after he had finished assembling his coaching staff. The NY First team all state lineman helped Jamestown to back-to-back state Class C titles.

He is a lean 6-3, 300 pounds possessing both a frame capable of putting on more mass and has impressive mobility for a player his size.

Great on quality not so much on quantity. The argument can be, and has been, made the UB stacked up last season so this season the need was not so big. Given we are losing Bittner after this year I think the depth, going into 2011, may be a huge issue.