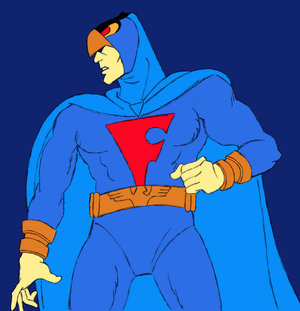 Getting Swept by Buffalo might make them Feel a bit Blue
Bowling Green did us a huge solid by beating Miami this past weekend. The win put's Buffalo within one game of Miami for third place, meaning Buffalo is now in full control of weather or not they manage a first round bye. The game, like many of the Falcons games including the last meeting, was not decided until the last minute or so of play. In the last meeting both teams started off with hot shooting before it became more of a defensive game, in the end it took a Sean Smiley three pointer with 4.7 seconds left for UB to seal the win. 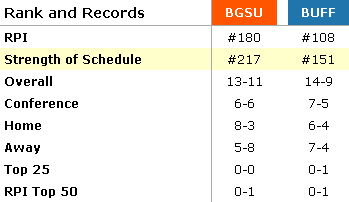 Since then Bowling Green has won, and lost, its fair share of thrillers. While these two teams have similar records the Falcons are by far the more consistent team. For the most part Bowling Greens games have been decided by several points and have usually been in question until very late (under two minutes) into the game.
The Falcons always worry me because of that Zone Defense, while UB handled it alright last time these two teams met the Falcons have often caused UB nothing but fits. When the Zone defense is working the game has usually ended up with Buffalo just throwing the ball around the perimeter until a marginally acceptable shot is to be had and then when it's missed the Falcons would pounce on the rebound.

Buffalo is, on the season, the better shooting team, but we have made some awful teams look spectacular from just about everywhere on the floor. The big question is going to be can Buffalo get aggressive on the perimeter without giving up everything else? Offensively UB has to crash the zone or be ready to rebound, it worked in the first meeting this season.
For a Bowling Green fan's take, check out Falcon Blogs Preview