What I am watching for in the Sugar Bowl

Share All sharing options for: What I am watching for in the Sugar Bowl

For the second year in a row I get to watch a UB Coach in a Bowl game, too bad the team is going to get to watch it as well. I've never been much of a Cincinnati fan, in fact this time last month I had all but made up my mind not to watch this game as it was a slap in the face to the non AQ schools.
But with Quinn coming to UB I have decided to watch the game, aside from the usually fruitless endeavor of rooting against Florida I get to watch UB's 24th football coach in action. It would be nice for Buffalo to have one of only two coaches in the MAC who have won a BCS bowl.
It's also a nice chance to 'scout' our new coach, Coach Gill while a godsend to the UB program was not without fault. Turner Gill's two biggest strengths were in recruiting and on player development but through the past few season there have been a couple facets of his game day coaching that were maddening, hopefully Quinn will be better in those areas.
In terms of clock management we never saw anything as bas as LSU versus Ole' Miss but with so many close losses this season the instances of wasting time near the end of a quarter/half and quite a few wasted time outs come to mind as do leaving the opponent too much time after a late score.
Playing it safe with small leads. this season was far worse than last season but there is a reason UB seemed to always win/lose close games. Given what the Cincinnati offense has done this year I don't think we will have to worry about bland play calling with a three point lead. But it will be interesting to see, if the opportunity arises, just how many chances he takes in a big game. 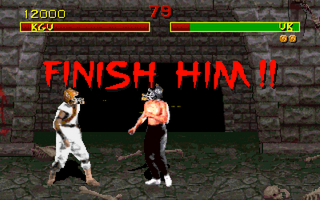 Finally special teams discipline is huge and while the personnel at Cincinnati are no doubt better than that at a mid major so is the talent level of their opposition. So it will be nice to see if a team on which Quinn has coached minds their P's and Q's in coverage.