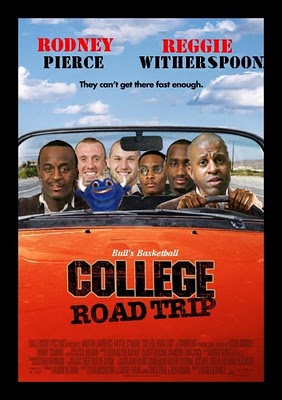 Kent Slashed Our tires, relieved themselves in our
gas tank put super glue in our locks and a potato
in our tail pipe, and that was just on the court!
Well my dreams of heading to NIU for a showdown between two undefeated teams was soundly dashed, or flashed, away by Kent. But UB can still salvage a split, and a 4-1 record during the road heavy side of their MAC East schedule.
The hope coming into this game is that (1) Kent is a far better team than they seemed to be through the first three game, (2) that whatever funk Buffalo had in its system is now gone, and (3) the Bobcats are as vulnerable as they have looked. If all those things are true UB's loss to Kent may be the event that keeps them sharp for the rest of the season, starting with a should win game today. 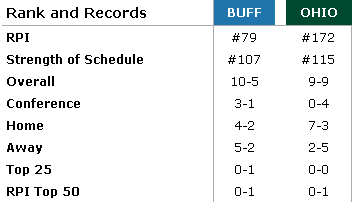 Even though Ohio is 0-4 going into this game they lost, at home, to Kent and Akron, who along with UB are the 'power teams' of the east, by a total of seven points. The Bobcats came into MAC play a respectable 9-5 and 7-1 at home. Clearly UB may be in for a fight and after getting dismantled earlier this week there is clearly no safe game on our schedule.
So how does UB Stack up against OU?
College Basketball

D.J Cooper and Armon Bassett are the big offensive threats that UB is going to have to watch. They don't shoot particularly well (both are shooting somewhere between 30 and 35% in total filed goals but the Bobcats manage to get them the ball enough to make up for inconsistent shooting. Kenneth van Kempen is their big threat on the boards, he is pulling down seven rebounds a game. He may be the key to keeping Bassett and Cooper from getting the ball enough to do real damage.

UB just has to play their A (as in Akron) game, Pierce is going to have to step up. We are not going to need 31 points out of him to win this game but unless he is somewhere north of 15 to 20 points I don't see anyone stepping up to fill his role.